Marcus Fraser will tee it up in the Victorian PGA Championship at Huntingdale Golf Course this week, his first time competing in the tournament for more than 13 years.

With a European Tour schedule that keeps him far from home early in the year, Fraser has elected to miss the Desert swing with his daughter starting school in Melbourne this week. 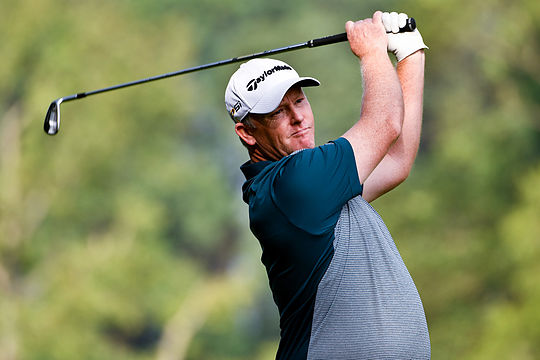 The delayed start to his season has ensured that Fraser can tee it up in the Victorian PGA Championship this week before joining the European Tour season.

“Every tournament we play is important but it’s nice to play a tournament so close to home and especially the Victorian PGA Championship,” said Fraser.

“When I first started out I played a fair few of them, so it’s nice I can come back and play, it’s not often I get the chance being overseas all the time. I am excited to be part of the week.

“As soon as I was having a week off and I saw the schedule it made perfect sense to play.

“It’s my daughters first day of school on Thursday, it’s an exciting time and you feel like you miss out on a lot of the things they do growing up but first day of school really means a lot. I really wanted to be there for her like I was for our son Archie.

“I had seven weeks off and the Vic PGA is a nice way to get back into playing and a good warm up to get ready for the next few weeks, it’s going to be pretty busy,” added Fraser, who is playing the next three weeks including the new ISPS HANDA World Super 6 Perth.

“The first five weeks there wasn’t much golf played but the last few weeks I have started to get up and running, playing a few holes and doing some practice. I will hopefully work out where I am at this week.”

Despite his lack of preparation, as the highest ranked player in the field, Fraser will start as the tournament favourite on a course which has been kind to him in the past.

“Given the amount of work I have done over the last seven weeks, I don’t think it’s appropriate to be labelled the favourite. The field is going to be strong and I am just trying to get out there and put a club in my hands.

“But it’s nice to come back to Huntingdale, I have always played well here, I am looking forward to the week,” added Fraser.

“I lost in a playoff here to Rod Pampling at the Masters one year; I had three or four other top-10s here at the Masters. It’s always been pretty nice to me this golf course so hopefully there is more of the same this week.

It’s the perfect place to launch his 2017 season, Fraser will head from the Victorian PGA Championship to Malaysia to defend the most recent of his three European Tour victories; the Maybank Championship.

“Next week is going to be an experience; I haven’t had the chance to defend much. Last year was such a great week that I am looking forward to getting back up there and being a defending champion,” added Fraser.

“But first this week, I want to put myself into contention. I feel like the practice I have done the last two weeks has been pretty good. I think more than anything I will get out there to see where I am at.”

The Victorian PGA Championship will be played from 2-4 February at Huntingdale Golf Club with a field of 92 players vying for a prize purse of AU$100,000.

The winner will receive Official World Golf Ranking Points and become fully exempt on to the ISPS HANDA PGA Tour of Australasia for the remainder of this season plus a further season.