US Masters champion Danny Willett conceded the putter he used to ‘master’ Augusta might end up in a trophy cabinet somewhere.

But first it will have to be repaired after frustration got the better of the Englishman during the third round of last weekend’s US Open at Oakmont. 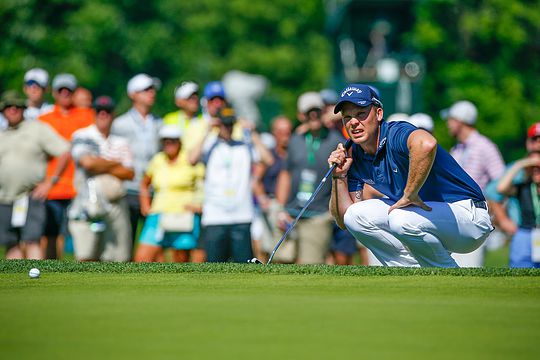 After three-putting the 17th green, Willett’s eighth after he played the back nine first, Willett finally let his emotions take over.

He banged the putter several times against the course bridge that players use to cross the Pennsylvania Turnpike.

“Obviously, the starting and stopping on Thursday, Friday, pace changed a little bit, but it’s enough to kind of throw you out.”

“I hit the lip a lot, and things just didn’t quite go our way. It’s been one of those weeks. It’s just been a bad week really on the greens.”

“They’re tricky to read, tricky to keep the pace and the line the same.”

Willett didn’t suggest the putter that he used to win at Augusta in April wouldn’t be completely discarded.

“We’ll have to get it refurbed, and then I won’t be using it again,” he said.

“I’ll end up keeping it. I don’t know, I might pull it back out of retirement once.”

Willett made the cut but didn’t have the best of weeks at last weekend’s US Open, the second major of the year.

He didn’t break par in any of the four rounds with his return of 75-70-73-71 earning him a tie for 37th alongside other former major champions in Jordan Spieth, Martin Kaymer and Angel Cabrera, among others.

Still even 37th gave him a cheque for $US46,170..surely he can find a few new putters to try out with that return.