US Tour veteran Jim Furyk, the only man to shoot 58 in a US Tour event, is expected to succeed Davis Love III as captain of the US team for the 2018 Ryder Cup, to be played at Le Golf National in Paris…the first time France has ever hosted the event. 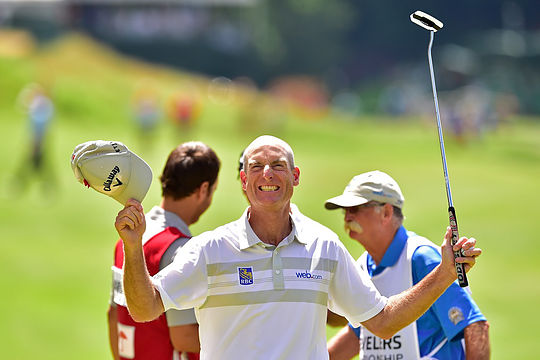 Furyk will have turned 48 by the time the Americans head to Europe to defend the Cup they won last year.

But after playing in nine successive Ryder Cup teams from 1997 until 2014, there is no doubt the 2003 USA Open champion has earned his “stripes”.

Furyk also served as an assistant captain at Hazeltine last year as he helped Love guide the US to their first win over Europe since 2008.

Furyk’s 58 at the Travelers Championship in August last year was almost enough to propel him into the 2016 team and late last year he also confided that he would accept the captaincy if it was offered to him.

“I think everyone would.”

Reports from the US suggest the decision on who would be captain came down to Furyk and Fred Couples, who has already won the Presidents Cup as captain three times but is yet to lead a Ryder Cup team into the cauldron.

Both men would have had plenty of support on the committee which chooses the 2018 captain: it included Davis Love III, Tiger Woods and Phil Mickelson.

The European captain’s post has already been filled with Denmark’s Thomas Bjorn allotted the difficult task of winning back the cup in 2018.