Golf Australia has announced changes to the Australian Amateur Championships in light of the COVID-19 situation and has expanded the number of players who can complete.

According to Golf Australia Events and Operations General Manager, Therese Magdulski, the decision had been taken to expand the field to provide certainty to as many players as possible given the ongoing uncertainty around State border restrictions. 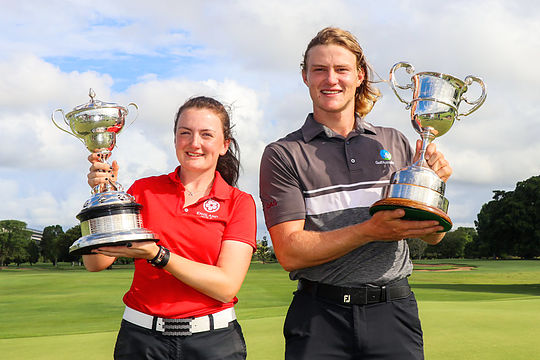 “Golf Australia has decided to accept 192 players into the field to provide certainty for entrants who would have been on the reserve list should the field have remained at 156 players,” said Magdulski.

“This is particularly pertinent in the case of the current border restrictions for NSW players, but with the situation seemingly evolving daily, it’s fairest for all. The current field will see 134 men and 58 women contesting the event.”

The Australian Amateur was moved from mid-January to 9-12 February following the cancelation of the Australian Women’s Open in Adelaide and will be played at Kooyonga Golf Club.

In a questionable change to this year’s championship both the men’s and women’s will determined by 72 holes of stroke play, with the traditional format of two rounds of stroke qualification before elimination match play being removed.

Golf Australia has recognised the changes have the potential to become a logistical issue should the borders all open and more players are available to play than expected.

“The current field will see 134 men and 58 women contesting the event,” said Magdulski.

“But for clarification, should the border remain closed to NSW players, or closed to any other state and players are forced to withdraw, current reserve players will not be granted a position in the field, except if the number of withdrawals results in a field of less than 156 players.”

“Should the border to NSW open and there are few withdrawals and we have a field of between 160-190 players, GA acknowledges it will impact pace of play. But we believe that this is manageable and the fairest and most practical solution given the uncertainty we’re all enduring.”