Sandbelt clubs from Melbourne’s most famous golfing arena were lining up for the honour – can we host the Australian Open in 2020 or 2022?

Well, the good news for two of the clubs is that Golf Australia will send our biggest golf event to two of our best courses, Kingston Heath and Victoria GC in those years mentioned. 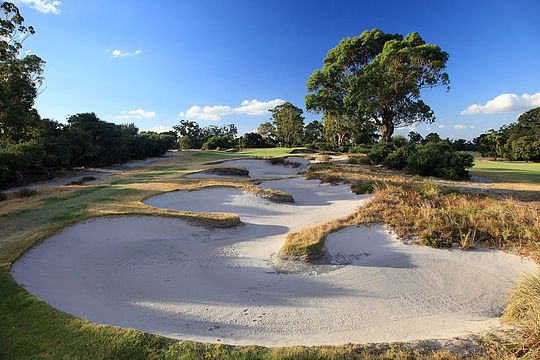 They are the two ‘release’ years when the Open will not be played in Sydney as part of an eight-year contract.

It will be the first time the Open has not been played in Sydney since 2005 with Kingston Heath to host its eighth Open in 2020 and Victoria GC its fourth when it puts on its best face in 2022.

GA chief executive Stephen Pitt was impressed with the amount of interest in hosting the Open from so many sandbelt clubs.

“In Kingston Heath GC and Victoria GC, we know we have two proven venues whose reputations will certainly be a lure to the world’s best golfers, especially in the competitive global climate,” said Pitt.

“Both clubs have given their full undertaking to help us take the national championship to the next level, so we’re delighted to return the event to such fabulous venues.”

“Kingston Heath has a proud history of hosting major events and we look forward to witnessing the best in the world take on our championship course,” said Worthington.

“The club’s rich history of tournament golf has seen the world’s greatest including Sarazen, Palmer, Nicklaus, Player and Woods strolling the fairways and we look forward to a world-class field being challenged by the course the members love and know so well,” Killen said.

“We are especially honoured because 2022 will mark the 50th anniversary of the final Australian Open win of VGC life member and golfing icon, the late Peter Thomson, so it will have extra significance.”

The 2018 Australian Open will be played at The Lakes Golf Club in Sydney from November 15-18, while The Australian Golf Club will host the 2019, 2021 and 2023 editions – the dates for all subsequent years are yet to be finalised.