Records didn’t matter that much on the final day, but Sergio Garcia was still able to steal a little bit of solo glory in the world’s best team golf event, the Ryder Cup. 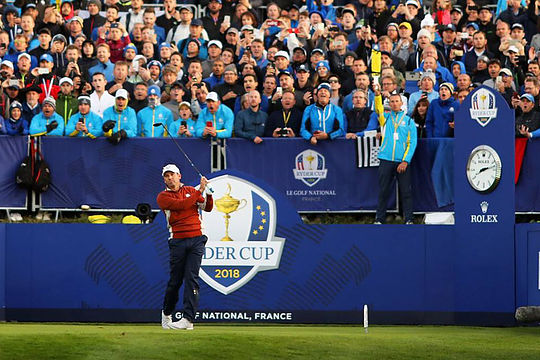 Garcia won three points – one on each day – to place him on 25½ career Ryder Cup points, one ahead of Faldo as the Europeans surged to victory.

It was Garcia’s ninth Ryder Cup after he was chosen as a wild-card selection by captain Thomas Bjorn.

He certainly justified Bjorn’s gamble after the Spanish maestro had missed the cut in all four major championships this year.

“It means a lot but at the end of the day, and I’ve always said it, it’s about the team and I’m happy that I was able to help,” Garcia said.

“I’m happy that I was able to help with some of the points.”

“It’s a bonus…it’s something that I never thought I would have the possibility of doing and now that it’s happened, you know, I’m just so happy.”

Garcia was visibly emotional after the Cup was secured and went out of his way in several interviews to express his gratitude to Bjorn for believing in him.

“I don’t usually cry but I couldn’t help it,” he said.

“What a week. It’s been a rough year but you know, we fought hard.”

“Obviously I’m so thankful to Thomas for picking me and believing in me.”

“I’m so happy to get the Cup back here in Paris and in Europe and for everyone to enjoy it as much as they did.”

Garcia has come through an era which has seen some of the greats of the game like Faldo, Colin Montgomerie, Seve Ballesteros, Jose-Maria Olazabal and Ian Woosnam contribute greatly to the Ryder Cup.

Yet Garcia can now look back one day safe in the knowledge that he contributed more European points than any of them.