Ok, so any golfer worth his salt wants to do it. Right? It’s just that Sergio Garcia has..and no, I don’t mean win the US Masters.

I mean name one of your children after a golf hole that means something to you. 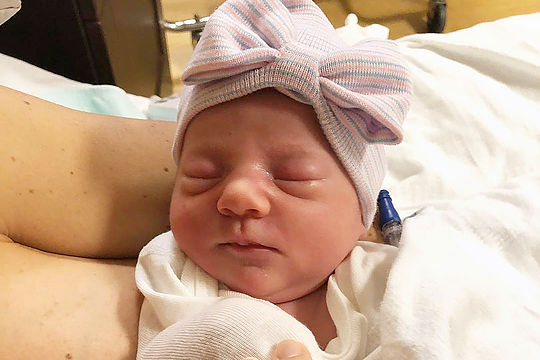 Granted, it might not be easy to get that one past your spouse. But it seems Garcia, the 2017 Masters champion had no such problems.

Sergio and his wife Angela have named their new baby daughter after the 13th hole at Augusta National…seriously.

They have named her Azalea!

Why? Because that was the hole that kept Sergio’s bid for his first major championship alive and kicking.

When the 38-year-old was two shots behind Justin Rose he drove into some bushes on the par-five, and was forced to take a penalty drop.

He went on to save par and eventually beat Rose on the first play-off hole to win a major – at his 74th attempt.

And the name of the 13th hole? Azalea – after the bright pink flowers that decorate the course.

Garcia recently spoke to reporters about his title defence – from a hospital room.

“It’s been an eventful morning,” he said. “About an hour and a half ago, Angela’s waters broke so we’re at the hospital right now, kind of checking in.”

“It’s very exciting and nerve-wracking at the same time. It’s kind of surreal.”

“I’m excited and a little nervous for Angela and the baby to make sure everything goes well.”

Garcia later tweeted the news his wife had given birth to a baby girl.

The 38-year-old won his first Major last April, got married in July, won the tournament he and his charitable foundation hosted in October, was named Hilton Player of the Year in December and now has the honour of becoming a father for the first time.

Can life can any better than that?