Sergio Garcia has secured his 16th European Tour title following a one shot victory at the KLM Open in Amsterdam.

Garcia endured a rollercoaster of emotions as he watched his lead come and go with three bogeys mixed with four birdies across his front nine holes before a mistake by his playing partner, England’s Callum Shinkwin, gave him hope at the turn.

Shinkwin, who began the day with the outright lead, kicked off in style with two birdies but came unstuck with a double-bogey at the 10th before falling away with two late bogeys across his final three holes to finish in outright fifth.

The 39-year-old Garcia was then able to use his experience under pressure to hold off the likes of Matt Wallace to take the title by a single stroke at 18 under par.

Garcia, in his first attempt, became the first Spanish winner of the KLM Open since Gonzalo Fernández-Castaño in 2005. 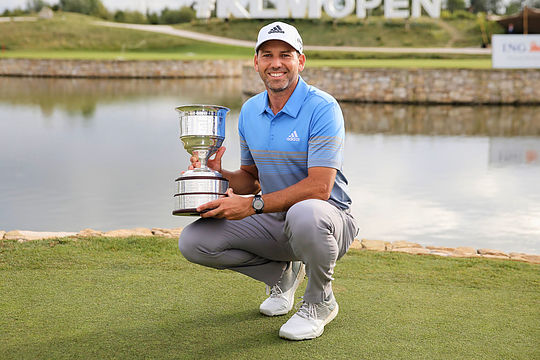 “It was honestly amazing to have my brother, Angie my wife and little Azalea [his daughter] here, it’s very special,” Garcia said.

“We had a great week and great to win again. I played well all week under pressure. It wasn’t easy, there were a couple of tough moments today but I hung on tough, that’s the most important thing.”

Jake McLeod was the lone Aussie to make the cut to finish in equal 27th place.

Harrison Endycott was forced to retire in the final round in what was just his second start in Europe this season.