Sergio Garcia’s determination to compete in a seventh Ryder Cup is off to a best qualifying start ever after his Commercial Bank Qatar Masters win. 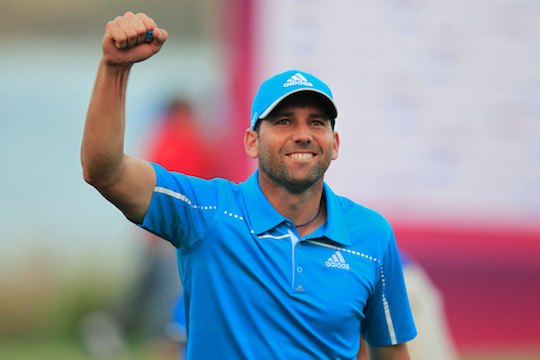 The Spaniard arrived in Doha lying second behind Henrik Stenson on the Ryder Cup ‘World Points’ List, and while he will not go past the Swede he has further cemented his place in Paul McGinley’s European Team.

“I’m sure Paul will be pleased that a lot of the players who competed in Medinah are playing well but we also have to remember there is still about eight months to go before qualifying ends,” he said.

“But the more I know I’m in the team, the more I won’t have to think about it later on when we get to the near the end of qualifying.”

Garcia’s played in six Ryder Cup’s since making his debut in 1999 and four times he’s been on a winning team.

And Garcia has kick-started the real likelihood of a seventh with two wins, a second in last month’s Nedbank Challenge, fourth in both the PGA Tour’s Deutsche Bank Championship and HSBC Champions and a ninth in the Tour Championship in Atlanta.

“My big goal is to get my place on the European Team locked in as quickly as I can, so I don’t have to think too much about it when we are late into the summer,” he said.

“But this win is another good stepping stone to me playing at Gleneagles.”

“Also it’s great to get a win so early in the season and it just reaffirms everything you are working on are the right things.”

“I’ve only had one win early in a season in my career and that was the Mercedes Championship in Hawaii, so on top of winning my last event of last year and to win now in my second event of 2014 gives me a lot confidence wise.”