The Gary Player Classic continues to showcase Australia’s top junior talent in one of the longest running junior tournaments in the country.

The annual event sponsored by the South African Grand Slam champion is staged at the Pacific Club in Brisbane, where in the event’s 42 year history previous victors include Greg Norman, Adam Scott, Jason Day, and Ian Baker-Finch. 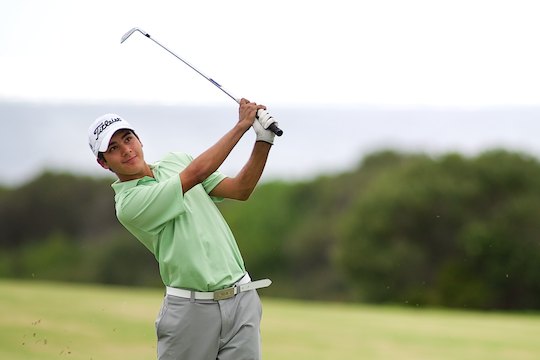 This year’s field has attracted a number of emerging juniors including Daniel Kolar, Connor Reeves and Tim Hyland.

Competitors do battle for the Under 15, 16-17, and 18-20 bracket titles. The field will be reduced to the leading 25 players (plus ties) in each age division after 54 holes. These players will contest the final round this Friday at Pacific Golf Club.

The Gary Player Classic has certainly produced many a fine champion during the event’s history.

As a 16-year-old Jason Day secured a six shot victory to add to his Australian Junior, Queensland Amateur, New Zealand Under 19 and Junior World titles he won in 2004.

Day returned the following year to successfully defend his title and in the process join Greg Norman, Peter Senior, Stephen Taylor (twice), Matthew King, Richard Backwell, Shane Tait, Luke Parkin, Andrew Buckle and Tom Davis as the only players to have defended an age-group title in the Gary Player Classic.

Day also became one of only a few players to have won three Gary Player Classic titles, having also won the 15 Years and Under division in 2002.