South African Olympic golf team captain and immortal Gary Player has again weighed in with his unfiltered views on the growing number of high profile withdrawals from next month’s Olympic Games in Brazil.

Speaking to the Golf Channel, Player didn’t mince words as he put his own perspective on the supposed health risks that have seen a host of players make themselves unavailable from the men’s competition. 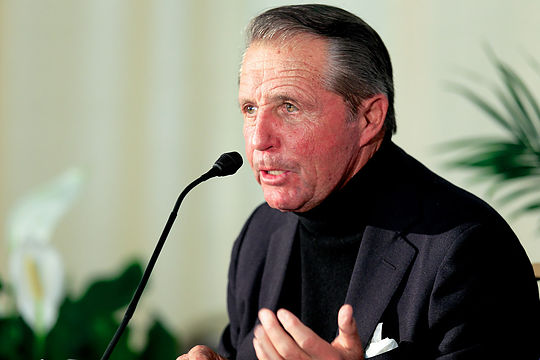 “I’m bitterly disappointed,” said Player, “In America today, their plus-minus combined with car accidents and guns, 100,000 people killed a year, and you’re going to go and play in a golf tournament where Zika is the great word.”

“I think there’s a greater chance of that happening to you in America than getting Zika. I was just in Zambia, where you have Malaria, and it didn’t concern me at all.”

Among the top players missing from the Olympic Games, citing Zika fears or a range of other personal issues, include Jason Day, Adam Scott, Jordan Spieth, Rory McIlroy, Dustin Johnson and Hideki Matsuyama.

“I’m really amazed,” he added. “I just hope that it doesn’t hurt golf. I hope we stay in the Olympics. I do believe we should have it for amateurs and not for professionals.”

Player’s South African team has also been heavily affected with Branden Grace, Louis Oosthuizen, and Charl Schwartzel all opting to sit out the Games. Lining up in their place will be world No. 67 Jaco Van Zyl and No. 92 Brandon Stone.

“It’s the biggest sporting event in the world, and I would have given anything to have a gold medal,” Player said.

“Although our three best players have withdrawn, I’m going to be very positive about us doing well.”