Australian David Gleeson has narrowly missed out on his fourth Asian Tour title and first since 2011 after losing in a three man playoff on Sunday at the Sabah Masters at Sutera Harbour Golf and Country Club in Malaysia. 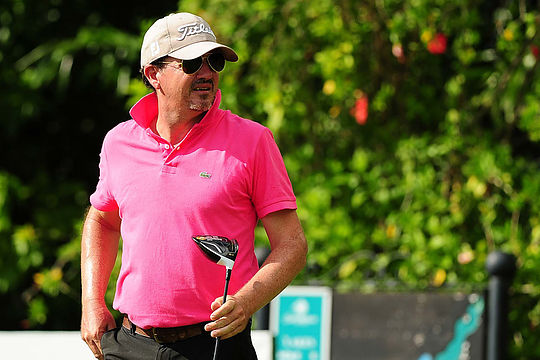 Pavit marked his week’s best efforts with a closing six-under-par 65 to force extra time with Phachara (67), Gleeson (68) and Raj (63) after the players ended regulation play with matching totals of 13-under-par at the US$300,000 full-field Asian Tour event.

Earlier, the 41-year-old Gleeson had agonisingly missed a four metre putt on the last hole in regulation play to seal the victory. Gleeson’s last win came at the 2011 Hero Indian Open.

He claimed his first victory at the 2002 Volvo China Open and his second title at the 2008 Macau Open. Sunday’s joint runner-up finish at the Sabah Masters came after missing four cuts in as many starts on the Asian Tour this year.

She Wools-Cobb, Brett Rankin, Nathan Buzimkic and Nabil Abdul all missed the weekend.