When World No. 1 Jordan Spieth tees up later this week in the Singapore Open it will be the sixth country on three continents he’s travelled to in the past two months.

Little wonder the double Major winner admitted he’s ‘tired’ despite posting a final round 68 for a respectable 11-under par tally on debut in the Abu Dhabi HSBC Championship in the UAE. 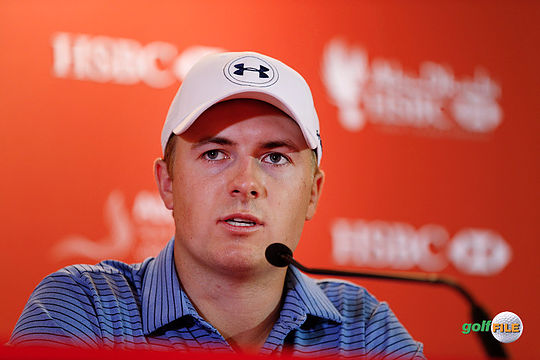 It eventually handed the 21-year old Dallas-born golfer a six-way share of sixth place and five shots behind new World No. 4 Rickie Fowler, who posted a final round 69 to win by a shot with a 16-under par tally.

Spieth capped his round with three birdies in succession from the 12th hole to be claim a share of fifth place.

“It won’t be something I will do in the future to bounce back and forth from Asia, which is what we did before Australia,” he said. “I’m very tired. I am.”

“As a team, we are kind of beat up physically and mentally and we’re not 100%. Right now it shows in certain places as you know and this week, the first day I was here I was striping the ball but since then I was a little weak with everything.”

“My decision-making also was a little off so yeah we’ve had a lot of fun times and we will continue to do so next week but I will get back to the PGA Tour schedule and re-evaluate how next season will shape up in the New Year.”

And despite his remarks Spieth mentioned competing in the UAE could be a part of his new season schedule.

“It could be on my schedule as the event comes at a good time for me given the strength that is not matched this time of year anywhere else,” he said.

“So yeah, I don’t see why not as it’s perfect weather over here and it’s a great place to come at the beginning of the season to try and get into a rhythm but then I just didn’t quite do that this week but it could have definitely gone the other way and been a real special week, so I can see it to continue to be part of my schedule.”

“As for the golf course, it was the direct opposite to Kapalua with faster, firmer greens and very tight off the tee and high rough,” he said.

“I am not saying I played that poorly this week. I just didn’t feel great about the way I scored versus … I just felt a little better about my game at Hawaii versus this week where I scored so much better.”

“I just didn’t capitalise on the par 5s and they didn’t do it for me this week.”