Golf Australia has announced the men’s and women’s teams to represent Australia at the World Amateur Team Championships to be played from 2-13 September at the Iriyama and Oshitate Courses at Kurizawa in Japan.

The Men’s Eisenhower Trophy team is an all-Victorian affair with Geoff Drakeford, Lucas Herbert and Ryan Ruffels getting the call-up. Taylor MacDonald unlucky not to be named despite being the second highest Aussie world ranked player. 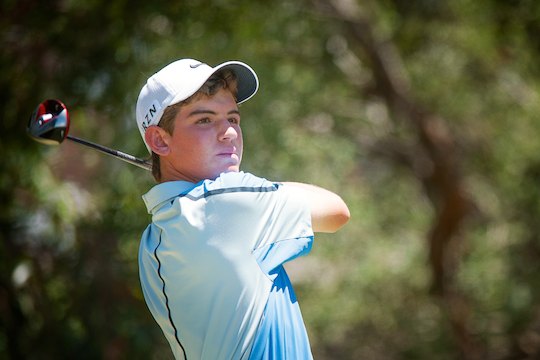 The Men’s Team Coach will be South Australia’s Gareth Jones and Golf Australia’s Matt Cutler will be the Team Manager for both the men’s and women’s teams.

Despite having won the World Amateur Championship on three occasions, the last in 1996, the Australia men’s team in recent times has not featured well in this event.

Poor efforts in Turkey and in Argentina with a 15th and 26th finishes respectively have been the hallmark recently of our international efforts and not a true reflection as to our international ranking as a golfing nation.

Herbert (21st), Drakeford (27th) and Ruffels (36th) are all within the top-40 of the R&A World Rankings and this is a solid team consisting of the experience of Drakeford and the youth of Herbert and Ruffles. It’s a team that should feature well in Japan.

Minjee Lee is the world number one amateur and finished as the leading amateur at the Kraft Nabisco Championship in her first appearance at a Major in April.

She is also the current Victorian Open and Australian Amateur champion and a former US Junior champion.

Su-Hyun Oh is the world number six amateur and was runner-up at last year’s Volvik RACV Ladies Masters on the Gold Coast and part of Australia’s winning Queen Sirikit Cup team in 2013. She is a former Australian junior champion.

Shelly Shin (NSW) was a semi-finalist at the US Junior Championship last month and is the current Women’s Riversdale Cup champion and was a member of Australia’s winning Queen Sirikit Cup team. She was a quarter finalist at this year’s Australian Amateur.

The World Amateur Teams championship sees each team with two or three players playing 18 holes of stroke play over four days. The total of the two lowest daily scores from each team constitutes the team score for the round. The four-day (72-hole) total is the team’s score for the championship.

The USA are the firm favourites to win the men’s title with their three men’s players, Bryson DeChambeau (29th), Beau Hossler (12th) and Denny McCarthy (14th) all standout performers this season in the main US amateur events.