The passing of one of the most respected champions in British Open history will draw a field of absolute superstars to a pre-tournament event at this year’s Open at St Andrews.

Centenary Open champion Kel Nagle, the sport’s oldest surviving champion, passed away in Sydney in January at the age of 94. 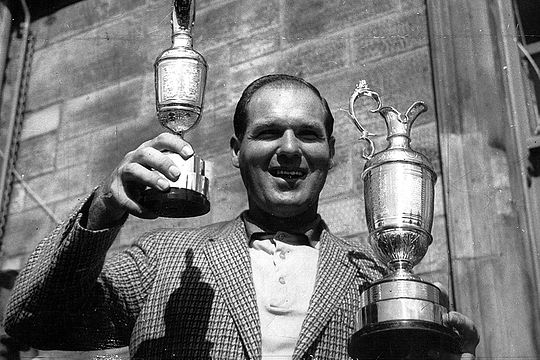 His close friend, five-time Open champion Peter Thomson, now in his 80s, has committed to playing a four-hole challenge at The Old Course as a tribute to Nagle, on July 15.

He will be joined by a stellar field including world No.1 Rory McIlroy, fellow former Open champions Phil Mickelson, Tiger Woods, Padraig Harrington, Ernie Els and Darren Clarke as well as some golf royalty who have also won the title in the prime of their careers.

The likes of Sir Bob Charles, Sir Nick Faldo, Tom Watson, Gary Player and Tony Jacklin will also play as a tribute to Nagle, whose 1960 Open win was regarded as one of the great wins in the modern era.

The Champions Challenge is bound to also draw a field of golf fans equally keen to pay tribute to Nagle and see some of their heroes in action.

R&A chief executive Peter Dawson, who visited Nagle whenever he was in Sydney, said he was looking forward to a wonderful celebration of the rich heritage of The Open.

“It will be a fitting occasion to recognise the wonderful career of Kel Nagle, one of the sport’s great gentlemen,” Dawson said.