There’s always an element excitement about a new golfing event on the calendar.

Even if it’s strictly for the amateurs, it brings an excitement to the game as players strive to be the first ones on that trophy. 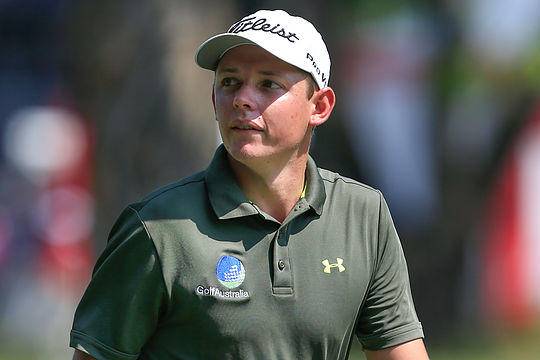 Now Queenslander Cameron Smith’s enthusiasm for junior golf has paid dividends with a new event to be launched as part of the 2018 Greg Norman Junior Masters qualifying series.

The Cameron Smith Junior Classic is a new event on the junior golfing calendar in 2017 and was the brainchild of long-time member and junior co-ordinator at Wantima Country Club Ken McKay.

The event will come to fruition on Friday, December 8.

“I always wanted Wantima to hold a premier event for juniors to showcase not only the talent coming through the Wantima junior development programs but also the talent from around the state,” said Mr McKay.

As he grew up as a junior at Wantima Country Club, Cameron Smith has always been passionate about giving back to the club as well as junior golf, that laid the foundations for him to become a winner on the US Tour.

Smith always makes time for the Wantima juniors when he’s back home in Australia competing on the Australasian Tour.

He’s regarded as an inspiration to all juniors, so it is fitting that this junior event carries his name.

The good news is the inaugural Cameron Smith Junior Classic has attracted interest and support from local businesses and one of Smith’s current sponsors.

“It is hoped that this event will attract a large amount of juniors and be a must play event on every junior golfer’s calendar, now and in the future,” McKay said.

Entries close on Monday, December 4 for the event to be played at Wantima Country Club (noon shotgun start) and is open to both male and female players under the age of 18 who hold an official Golf Australia handicap.