The finalists for the Golf Victoria Pennant series have been decided for the 17 separate divisions, which sees the finals being played on Sunday 17 May at Royal Melbourne, Southern, Patterson River and Kooringal.

The Men’s Division 1 final has Victoria against defending champions Commonwealth after Victoria accounted for The Heritage 6&1 with Commonwealth winning 4&3 against Metropolitan. 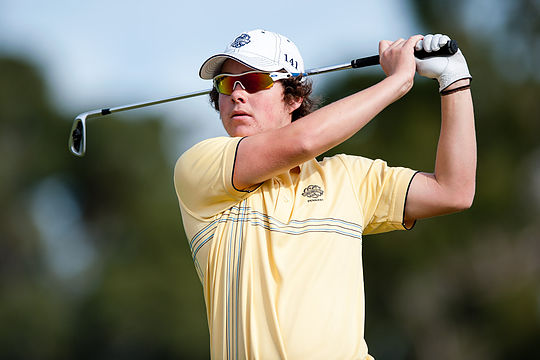 The Victorian team played stellar golf against a Heritage with Ryan Ruffles accounting for professional and former Australian Amateur champion, Matt Jager, 2-up.

Ben Eccles at number 2 for Victoria proved too strong winning his match against DJ Loypur, 1-up. Solid wins in the lower order by Jack Sandic and Luke Murnane gave Victoria another finals appearance, having last won a Division 1 flag in 2008.

Commonwealth, a club that has won three Division 1 flags within the last 10 years, had a much tougher match against Metropolitan with Lucas Herbert at number 1 for Commonwealth the standout performer securing a 4&3 win over David Micheluzzi.

Commonwealth’s wins also came from Craig Hasthorpe with 2&1 victory over Ted Donoghue at number 4, and Cameron John winning the 5th order match against Sean Smith, 2-up. Gary Sluce at number 7 for Commonwealth secured the first point with a 7&5 win over Tim Hardman.

Metropolitan wins came from Blake Collier playing number 2 who accounted for Frazer Droop, 1-up, and Lucas Michel at number 3 who won his match against Tom Couling, 3&2. Matt Robertson at number 6 also secured a 3&1 win over Matthew Hinkley.

Division 2 sees The National against Royal Melbourne at Southern, with the Division 3 final being contested between Latrobe and Gisborne at Kooringal.

In the Women’s Division 1 final Victoria will take on Huntingdale at Royal Melbourne which see Victoria finalists in both the Men’s and Women’s top-order division.