Golf world reunites for third major tilt at US Open

After a week shrouded in the new and controversial LIV Golf Series, the US Open is a welcome return to tradition. The anticipation around major championship golf is a timely reminder of everything we enjoy about the game and with a strong field, these championships will be sure to deliver.

Jon Rahm looks to defend his maiden major championship title as the US Open returns to The Country Club at Brookline, Massachusetts for the first time since 1988 when Curtis Strange defeated Nick Faldo in an 18-hole playoff. 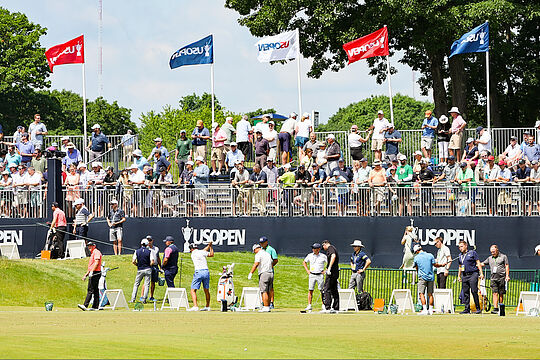 The US Open’s rough is nearly always penal and the fairways narrow, but even the most accurate drivers will stray occasionally, which promises the bigger hitters with a chance to save par. To win a US Open you need to find plenty of greens, and scramble well when you don’t.

Don’t be surprised if we get another first-time winner but do expect them to feature heavily in the top half of the Official World Rankings because 40 of the last 41 majors have gone to someone inside the top-50. Another interesting stat is the last 23 US Opens have been won by a player within four strokes of the lead going into the final day.

The list of favourites is topped by World No.1 Scottie Scheffler, who has already won four tournaments this year, including a major. It has been 11 years since Rory McIlroy won the US Open, his first major, and it’s eight years since he won his fourth and last major at the US PGA Championship. Yet McIlroy certainly starts one of the favourites as does Justin Thomas after their final round duel in Sunday’s Canadian Open.

With four wins in 13 months, including two in his last six starts, 25-year-old Sam Burns is a player to follow. Also keep an eye on Canadian Corey Conners, who is become a major championship specialist, landing three top 10s in the Masters and contending in both the PGA Championship and Open in 2021.

Smith certainly looks our best chance this week and his US Open debut seven years ago was exceptional, starting with two rounds of 70 before adding 69-68 on t he weekend.A two-time winner this season in the Tournament of Champions and The Players Championship, if Smith can finish well he has a chance of going one better than his runner-up at this year’s Masters.

Last year Rahm made a sweeping eight-metre birdie putt on the 72nd hole of the US Open to earn a one stroke victory over Louis Oosthuizen at Torrey Pines Golf Course, in San Diego, California.

Rahm fired a 4-under-par 67 to match the championship’s lowest round to finish at 6-under and became the first player from Spain to win the title.

Rahm last won on the PGA Tour in early May at the Mexico Open at Vidanta.

The US Open will be available to watch locally on both Foxtel and Kayo Sports from 4am Friday morning with the final round kicking off at 2am Monday (AEST).