Goss in hunt at Asia-Pacific Amateur

Aussie Oliver Goss is two strokes behind third round leader, China’s Guan Tianlang, at the Asia-Pacific Amateur in Thailand. 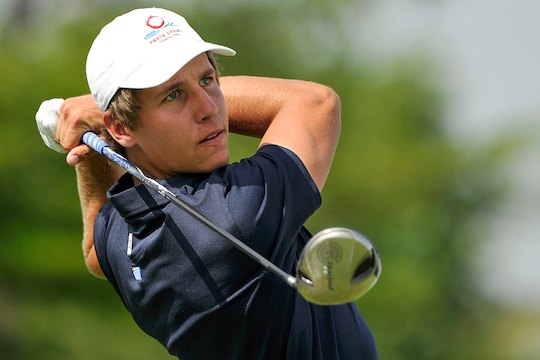 Sporting lime-green check trousers, Guan started five ahead of Goss and Prin, but dropped back with bogeys on five and nine to erode his overnight buffer.

Goss is seeking to become the first Australian to win the championship as he bids for an invitation to next year’s Masters Tournament at Augusta National Golf Club.

“I’m still in the hunt,” said Goss following his third round.

“I was three-under today, so I’m not disappointed, although I didn’t really give myself many opportunities and didn’t hole many putts.”

Prin Sirismmai from Thailand is in third position at 9-under with Korea’s Soo-min Lee a shot back in 4th position at 8-under.