Goss through to top 16 at US Amateur

Oliver Goss has made the round of 16 at the US Amateur Championship at Cherry Hills Country Club in Denver Colorado.

Goss is the last remaining Australian after Matt Stieger lost to Medallist, Bobby Wyatt, 2-down in the round of 32. 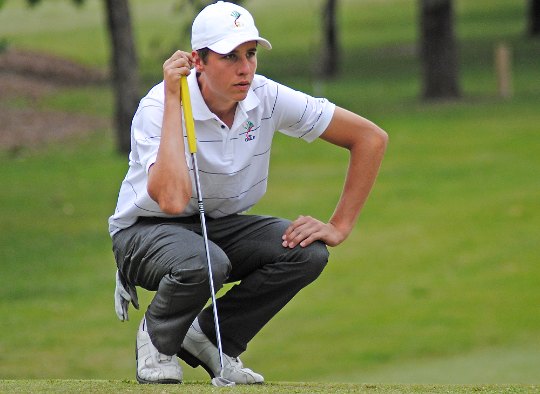 Goss claimed his win over Michael Miller on the 20th hole after a stellar 4-iron from 180 metres landed inches from the pin.

“I kept telling myself I was out of options,” said Goss who rallied from 3 down with eight holes remaining to defeat Miller.

“I had to start playing aggressively and making some putts. Fortunately, they started going in. I just made it happen.”

Goss now meets Bobby Leopold in the round of 16 following Leopold’s 4&3 win over Devin Miertschin.

With some stellar form in the run up to the US Amateur, including a runner-up finish at the Saujana Amateur Open in Malaysia and winning the Western Australian Amateur, Goss’ efforts in Denver are attracting attention.

Leopold is ranked 283rd in the world according to the Scratch Players ranking system with Goss just inside the top-150.

A winner at the Rhode Island Mid-Amateur, Leopold will present another stern test for the Australian, yet Goss is confident of retaining his good form to progress to the round of eight.

“I am hitting my irons well and have got through some hard matches which is making me match-fit. Hopefully, this will continue.”