2021 Australian Amateur champion, Grace Kim, won the Oscar Williams Classic in Texas on the Women’s All Pro Tour (WAPT) just a fortnight ago to earn a start on the Symetra Tour.

And Kim did herself proud in her first outing, finishing in a share of 10th place at the Prasco Charity Championship in Cincinnati, Ohio. 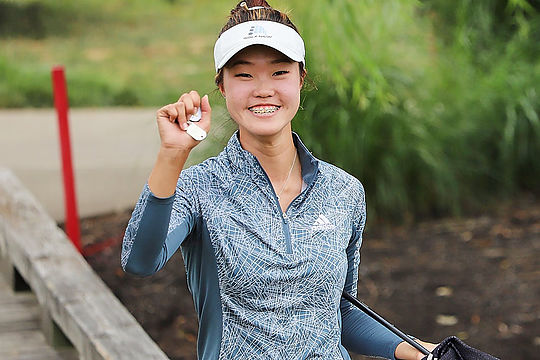 The 20-year-old kick-started her Symetra Tour career with an opening round 68 before a second round of 72 saw her head into the final round just two strokes off the pace.

Kim, who is the reigning Australian Amateur, NSW Amateur and TPS Sydney champion, closed the 54-hole event with a 71 to drop three places with a double-bogey in both the second and third rounds, the holes separating the Sydney-sider from forcing a playoff with winner, England’s Meghan MacLaren.

Soo Jin Lee was the only other Australian to make the cut finishing in a share of 47th.