Branden Grace’s heroic final round 7-under 65 has earned the South African his first-ever LIV Golf win at the at Pumpkin Ridge Golf Club in Portland on Saturday.

It was the Grace’s second consecutive final round success having leapt into a share of third place at LIV Golf London thanks to a 5-under 65.

“I played with DJ at London, as well, on the Sunday and played really nicely, and just kind of found a groove,” said Grace. “I’ve been feeling really comfortable. I’ve been hitting the shots that I see and things like that, and that’s really important and gives you the confidence.”

“Today was nothing different. From the first hole I hit the ball great. I made a couple of nice putts when it mattered, and obviously things go your way when you win a golf tournament.” 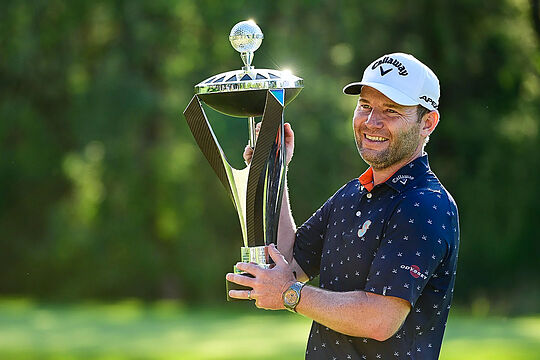 Second round co-leader alongside Dustin Johnson, Carlos Ortiz finished two strokes back on 11-under following a final round 3-under 69, with Patrick Reed (67) and Johnson (71) sharing third place on 9-under.

Matt Jones was the best of the Australians in equal 16th with three consecutive rounds of even par 72.