In a rare tournament appearance on the Champions Tour in the United States, Australia’s Wayne Grady went within a stroke of victory in a stunning climax to the 36 hole Raphael Division of the Liberty Mutual Insurance Legends of Golf tournament at Savannah Harbor, Georgia.

Grady, who was playing in the event just two weeks after his annual commentary stint for the BBC at The Masters, and partner Mark McCumber had victory in their sights after making seven birdies and an eagle on the front nine of the final round in the fourball format. 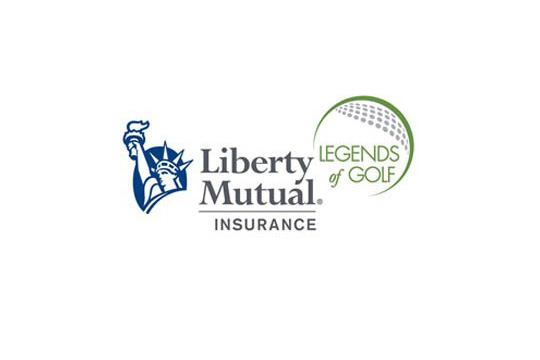 They would make two more birdies in the next four holes but could only par the final five holes for a 11 under par round of 61, to finish the 36 hole event at 18 under par.

The pairing of Denis Watson and Steve Jones would then tie Grady and McCumber with their own final round 61, courtesy of a miraculous 2 on the par four 18th by Jones.

The British combination of Des Smyth and Mark James would eventually prevail in equally dramatic circumstances when James holed a putt for a final hole birdie from 45 feet from off the putting surface.

Incredibly, this putt would also give Smyth and James a 61 for a one shot victory and successful defence of the Raphael title that they won in 2011.

Smyth and James had been surprised by the scoring of the field when despite sharing the lead at the start of the day and making nine birdies in the first 12 holes, they learned they were a shot behind after the 15th hole.

“It’s amazing how they all shoot so low because we thought we were playing fantastic,” said Smyth after the round.

“We didn’t know how we stood coming to the 18th hole because the scoreboard hadn’t been updated. We assumed we were tied with Mark McCumber and Wayne Grady and we felt if we could make birdie down the last, we could win,” Smyth added.

“We didn’t realise what Steve Jones and Dennis Watson had just done, we didn’t know about their 2 – 2 finish.”

James was asked why he choose to putt instead of chip on the final green and responded candidly.

“At this stage of the season, usually I chip pretty poorly. It seemed a better bet, less embarrassing in front of the grandstands!” he laughed.

“It’s fantastic and a nice surprise to win again.”

Australian Graham Marsh and partner John Bland from South Africa finished in a tie for 6th at 12 under par.