American Brent Grant secured his first Korn Ferry Tour win taking out the Simmons Bank Open with a stroke victory over Kevin Yu at The Grove Golf Course in Tennessee.

Grant’s win comes in his 45th start on the Korn Ferry Tour.

“One small step in the journey, and I’ve felt like I was two steps away from really getting where I really want to go in life, and this gets me one step closer,” said Grant. 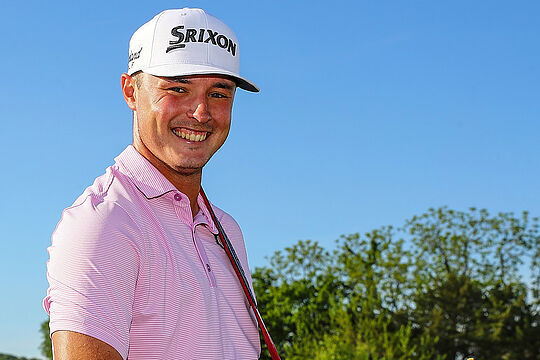 Grant entered the final round in a share of second position, one stroke behind Yu, who held the outright lead at 14-under par. The trick to Grant’s win was a solid final round with 2-under 34 on the front nine keeping him in the hunt amid a crowded leaderboard.

Over the closing stages Grant continued to apply the pressure no more so than on the par 5 final hole where he nailed a drive up the left side of the fairway before knocking an iron onto the front of the green. He made birdie to deny Yu the opportunity to force a playoff.

Grant entered the week ranked 88th on the Regular Season Points List, largely off the strength of a tied 6th six weeks ago at the Lake Charles Championship. Sunday’s win moved him to 12th in the rankings, putting him in contention for his first PGA Tour card at regular season’s end.

Harrison Endycott finished the best of the Australians in a share of 48th position off the back of his victory a fortnight ago. Curtis Luck, Ryan Ruffels, Rhein Gibson all missed the 3-under-par cut.

The 2022 Korn Ferry Tour season continues Thursday with the first round of the Visit Knoxville Open at the Holston Hills Country Club in Knoxville, Tennessee.