The Australian golfing summer is shaping up as one of the biggest in years both on the men’s and women’s schedule.

Golf Australia has just announced the addition of three of the game’s youngest and brightest stars – Hannah Green, Minjee Lee and Nelly Korda – to play the 2020 Women’s Australian Open at Royal Adelaide next February. 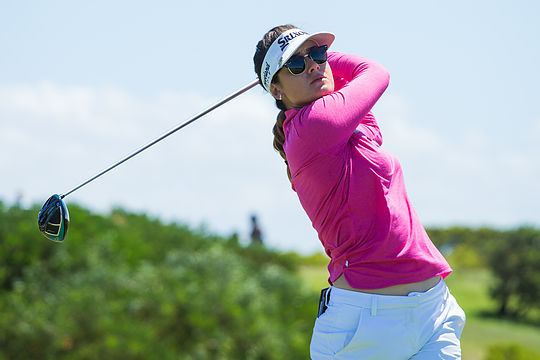 Green will make her return to Adelaide after taking the golfing world by storm with her win at the KPMG Women’s PGA Championship earlier this year.

The Western Australian became the first Australian women’s major winner since Karrie Webb in 2006 and only the third Australian woman ever to win a major title behind Jan Stephenson.

“It’s always been a dream of mine to win my home Open,” said Green.

“That’s why I’m so happy to be coming back to Royal Adelaide in 2020. We’re lucky to play at such a great track with a really strong field and with the chance of winning a national title.”

“Winning a major has changed my life a bit, but I’m very hungry to keep competing and winning and to get the best out of myself, and I don’t need any extra motivation at an event like a home Open.”

The younger sister of 2012 Women’s Australian Open winner, Jessica, the 21-year-old also added to her LPGA Tour haul last week in Taiwan where she successfully defended her Swinging Skirts title.

Minjee Lee already has five LPGA Tour titles to her name but is keen to make amends in Adelaide where, like Green, she has gone close to winning the Women’s Australian Open.

Tickets are available at Ticketek for $25 ($19 concession) each day, or $75 ($57 concession) for a four-day season pass when pre-booked. Children under 16 are free.