Victoria’s Richard Green has claimed his second victory on the Legends Tour defeating Phillip Archer in a five-hole playoff at the WINSTONgolf Senior Open in Germany.

Playing in his rookie year, Green also won the Jersey Legends in a playoff with Paul Lawrie last month. 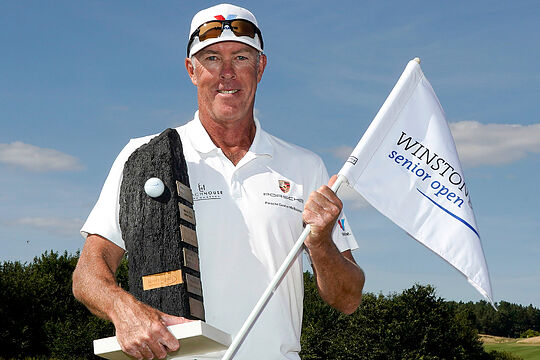 The victory comes at a perfect time for the 51-year-old with The Senior Open teeing off at Gleneagles in Scotland this Thursday.

“On top of the world it feels fantastic,” said Green, who carded a final round 4-under 68. “I’ve not won twice in a season before its usually taken me a decade to get another win under my belt but to win twice this year is fantastic, I loved it in Jersey, and I’ve loved here too.”

“I’m pleased that I went home after the U.S. Senior Open worked on a few things and got them right and I’ve come back, and I feel like I’ve got it where I want it to be to contend again so it’s good.”

Green began the day one shot behind local favourite Bernhard Langer, who failed to make a move and finished with an even par 72 to slip into outright 5th place.

Peter Fowler was the only other Australian in the field and finished in 41st place in the no-cut event.