Meeting Tiger Woods and the rest of the US Presidents Cup team was a great catalyst for success.

Yet it was golfing ability alone that gained young West Australian golfer Josh Greer a spot in the International team for the Junior Presidents Cup, which will be played at the same time as the year’s biggest golf event, the Presidents Cup, at Royal Melbourne in December. 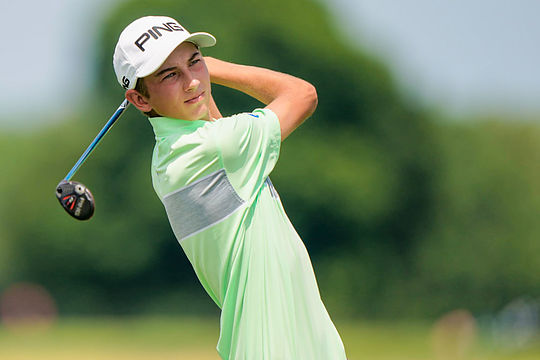 Greer joins another Aussie Karl Vilips in the Junior Internationals’ team and at the 18 will be playing on the biggest stage of his career…and meeting Tiger and co along the way.

Greer, 18, has spent the past three months playing in nine tournaments in three continents to give himself every chance of cementing a place in the team, which will be captained by another Aussie great in Stuart Appleby while former Open champion Justin Leonard will skipper the Americans.

And Greer needed every one of the points he gained during those events to nab the final spot in the Internationals junior team.

“I knew it was close,” said the young man who plays his golf at Joondalup in Perth.

He reached the round of 16 at both the US Boys’ Amateur and the Amateur Championship in England, split by a ninth place at the Scottish Amateur.

“That put me inside (the team), but it wasn’t until after the Players that I knew I’d made it,” he said.

“I wasn’t going to play the British, but as it turns out that’s what got me in.”

Greer does have some knowledge of the nuances of Royal Melbourne after finishing 16th at the Australian Master of the Amateurs on the West Course earlier this year.

“I’ve just been thinking about what it’s going to be like playing in front of Tiger,” Greer said.

“I can’t wait to meet Tiger and all the pros there … it’s going to be superb.

“I’ve represented Australia before, but this is another big step on the international stage. It’s awesome and I can’t wait.”

The two-day tournament will be played at Royal Melbourne on December 8 and 9.