It was a standout round from Adam Groom stealing the spotlight with a five-under par round 66. 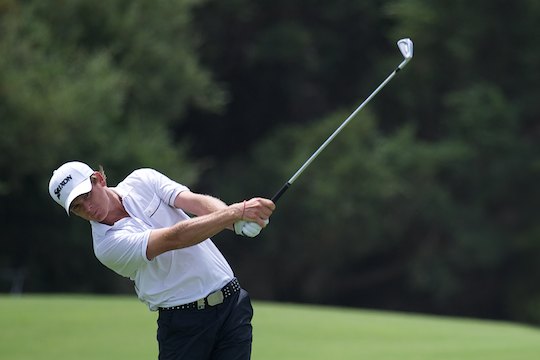 The New South Welshman took advantage of his length by recording an eagle on the par-5 17th hole on his way to the first round lead.

Groom has been a common fixture on the Asian PGA Tour in recent years and play like this should see him continue to shine on the world stage.

Groom will begin Wednesday’s second round with a single shot lead over a trio of players including local Manly Golf Club Trainee Richie Gallichan.

The best round in the afternoon came from Anthony Summers who joins Gallichan at four-under-par with an opening 67. Summers, a two-time champion of the event, claimed the title in 2005 and 2010.

On the women’s side of the draw, it was rising star Sarah Oh firing an impressive four-under-par 67.

The South Korean based Oh, will take a two-shot lead over Queenslander Courtney Massey. Defending champion Kristie Smith stumbled in her opening round, suffering from jet-lag after a last minute return from China on Monday evening.

O’Malley opened with a one-over-par round of 72, while Parry was one worse, recording 73.

The Invitational event is a 54 hole, 4 person teams event held over three consecutive days at Manly GC, Avondale GC and The Lakes GC. The event is unique as it is the only Professional scratch stableford event on the NSW/ACT Pro-Am Circuit.

Entry to the event is free with players competing in two waves, shotgun starts at 7:30am and 1:00pm respectively.