The 10th Annual Sydney Meriton Invitational has been won by Adam Groom from New South Wales while it was Sarah Oh taking out the women’s title.

Oh created history, solidifying her claim as one of the game’s brightest stars with a brilliant closing round of 64, nine-under-par. 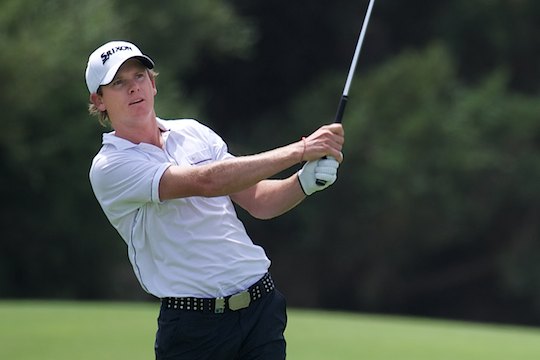 The final round played out in dramatic fashion on the windswept greens of the beautiful Lakes Golf Club, located just a few kilometres south of the Sydney city centre.

Heading into the final round, it was Leigh McKechnie holding onto a one-shot-lead over 2010 winner, Adam Bland and Brent McCullough and a quality field within reach including Adam Groom and two-time winner Anthony Summers who were only three shots adrift.

It was however the former Asian Tour rookie of the year, Groom, who came out on top.

The 33-year-old Groom, who currently holds temporary membership on the 2013 PGA of Australia circuit battled the conditions better than anyone on Thursday’s final round, shooting a fine round of three-under-par 69.

The talented right hander collected $12,600 for the victory, although as a non-order of merit event, it will not count towards final standings.

“I played great today in the conditions, it was tough out there,” commented Groom.

“It’s a fun week and everyone really has a good time. It’s been nice to play well this week, hopefully something to build on moving forward,” he added.

The final standings saw Groom victorious by one-shot over South Australian left-hander Adam Bland, who closed with an even-par-round 72.

Bland could not replicate his stunning third round form, however the former US Nationwide Tour Player has shown promising signs moving forwards into the coming season.

Joining Bland was Leigh McKechnie from New South Wales who closed with a 73.

This unique event aligns a professional with three amateurs and has become one of the pinnacle events on the Australian golfing calendar.

The final round included the opportunity for amateur golfers to drive away in a new Chrysler Jeep valued at $50,000, which was on offer for a hole-in-one on the short par-3 ninth hole.

Many of the PGA players will now head to the Riverina region of NSW for the $25,000 Leeton Soldiers SunRice Pro-Am beginning on Saturday 16th March.