James Hahn beat Roberto Castro with a par on the first hole of a sudden-death playoff Sunday in the Wells Fargo Championship earning his second PGA Tour title and collecting $US1.3 million in the process.

Rory McIlroy and Phil Mickelson both shot 66 to tie for fourth at 7-under with third-round leader Rickie Fowler (74) and Andrew Loupe (71).

Han entered the tournament having missed the cut in eight of his last finishes leaving him wondering about the state of his game.

“It was going bad for a while,” said Hahn. “Just didn’t have the confidence, didn’t believe in myself. I felt like I was putting in the work but wasn’t getting any reward for it. You’re playing bad and you’re missing cuts and there’s nothing funny about that.”

Sunday’s win sees Hahn with a two year exemption on the PGA Tour and less to worry about in his immediate future.

“You have to keep believing in yourself and keep grinding. I constantly remind myself that I am good enough and belong out there,” said Hahn. 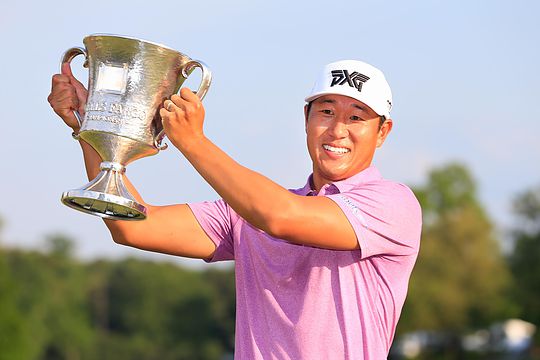 Rory McIlroy and Phil Mickelson, but for that one high score on each golfer’s scorecard last week, could have at least been in on Sunday’s sudden-death playoff but were just not able to get across the line with the two stars having to settle for a four way tie for fourth.

“It’s been a good week in terms of I know what I need to work on, and I know the things that I am working on seem to be clicking nicely,” said McIlroy as he tries to gain form leading into this week’s Players Championship, considered by many as the 5th major.

Justin Rose, who finished one shot out of the playoff, appears to be looking for answers for his putting. He switched to the claw grip after the Arnold Palmer Invitational yet putting problems Sunday kept him from the title. He hit 14 of 18 greens in the final round, but he lost 3.8 strokes on the greens.

Adam Scott, in his first tournament since the Masters, was the best of the Australians along with John Senden finishing in a tie for 17th position at 2-under, five strokes behind Hahn.