Just hours before the 2015 Oscars are to be handed out in Los Angeles, American James Hahn was presented with the Oscar for ‘Maiden PGA Tour Victory’ after capturing the Northern Trust Open at the third extra play-off hole.

Hahn won for the first time after denying fellow American Dustin Johnson with a birdie at the 14th hole (3rd playoff hole) on the rain-softened Riviera course. 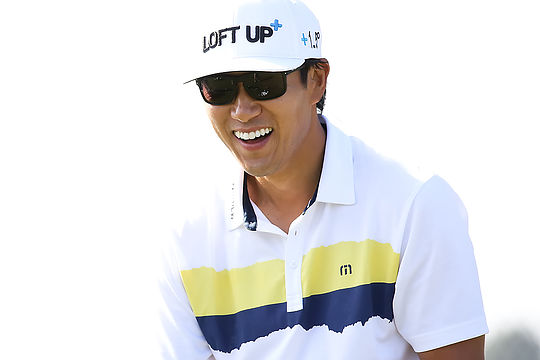 Moments earlier England’s Paul Casey bowed out of the play-off when he parred the par four 10th hole after both Johnson and Hahn had got up-and-down from wet rough to birdie the hole.

Casey blew his chance at capturing a second PGA Tour victory since the 2009 Shell Houston Open when he bogeyed the final hole in regulation.

He ended the event with a round of 69 for a six-under par tally.

Casey then hung around clubhouse but after Johnson (69) also finished at six under par he was quickly headed to the practice range.

The big disappointment was Spain’s Sergio Garcia who threw away the title with back-to-back bogeys on 17 and 18 in a round of 71 to share fourth place on five under par.

Among those also at five under par was Keegan Bradley (68), Hideki Matsuyama (67) and Jordan Spieth (70).

South Africa’s Retief Goosen, who was looking for his first victory in nearly six years, faded away across the final round to close with a 75 and two strokes off the pace.

Matt Jones continues his run of good form from his 7th place finish at last week’s AT&T Pebble Beach Pro-Am to close in equal 14th and take home a US$110,550 cheque.

Geoff Ogilvy was the only other Australian to make the cut at T49.