Hall finished at 11-under for a five stroke win over Kristyna Napoleaova and Johanna Gustavsson. Sunday’s result adds to Hall’s win at the 2018 Ricoh Women’s British Open and one of six professional titles in her career. 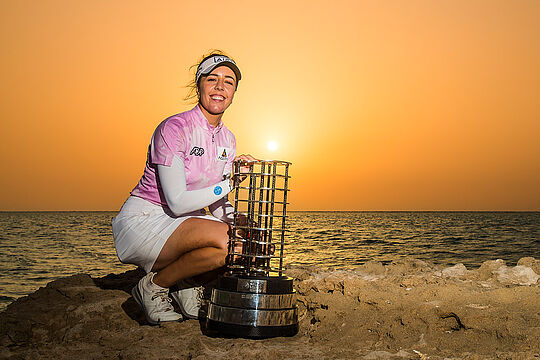 Hall made a fast start to the final round with three birdies in her opening four holes, and with the chasing pack not making any inroads, she extended her lead to eight shots heading into the back nine.

Despite bogeys over the back nine, a birdie on the 17th ensured the victory carding a final round 1-under-par 71.

“To lead all week is very special, and I think the first round was very important for me,” said Hall. “I played incredibly in that round and it really set me up for the rest of the week.”

Hall, 25, turned professional in 2014 and had an early success, winning the Open Generali de Strasbourg on the LET Access Series. In early 2016, she won the Oates Victorian Open on the ALPG Tour before taking out the 2017 Ladies European Tour Order of Merit after recording seven top-10 finishes during the season.