Olympic Games golf course designer Gil Hanse believes his Rio de Janeiro host course should suit the Australians when golf returns to the Olympics late next year for the first time since 1904. 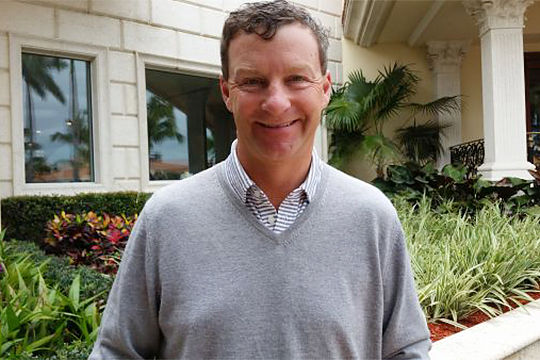 The International Golf Federation (IGF) has proposed a 72-hole stroke play tournament (with a 3-hole play-off in the event of a tie) for both men’s and women’s events with eligibility determined by the IGF rankings.

The top 15 players will be eligible (regardless of country) and then the next 45 players representing countries that do not already have two representatives.

Hanse won the role to design the Rio de Janeiro ahead of some of the greats in the game including Jack Nicklaus, Arnold Palmer, Gary Player, Nick Faldo and the combined Greg Norman/Annika Sorenstam bid.

However Hanse had won acclaim long before the 2016 Olympic bidding process with his design of the Castle Stuart course, which hosted the Scottish Open from 2011 to 2013, along with the Craighead Links course at Crail to the east of St. Andrews – his first design project outside of the States.

More recently the Philadelphia-based Hanse oversaw the redesign of Trump International Doral while he carried out the work in redesigning TPC Boston and host venue of the FedEx Cup Play-Off Series Deutsche Bank Championship.

Now some two-and-a-half years after being handed the Rio de Janerio design Hanse has signed off on the often controversial project.

“I am very pleased with the course and it’s been a great opportunity for our design team and while everyone who has been following the story knows the project went on a bit longer than we anticipated so to now have the design complete and turned over for growing is a huge hurdle we’ve negotiated,”said Hanse.

“It’s also very timely because any later and the golf course would not be mature enough for the Olympics.”

“So I now feel good about the time frame as it relates to preparations for competition and we feel about what we designed and how it’s all come together so it’s all positive.”

“The golf course will play to a par 71 and we have done that on purpose as there will be a lot of people in Rio for the Olympics who have never seen golf before and there may be developing countries who may want to emulate this golf course for their own country.”

Hanse again expressed his surprise in the format of competition next September and believes the IGF and IOC is missing a golden opportunity to showcase the ancient game.

“I have already stated publicly that I understand why they selected four rounds of medal play but the thing that still mystifies me is why is there no team competition and the Olympics is all about team competition,” he said.

“In the World Cup of Golf they adopt a format where you may declare yourself as an individual but you tee up as a member of a team.”

“It just would have made great sense to have that team element and why they didn’t go for that approach doesn’t make sense.”

“But the competitors will face a very open golf course off the tee it will be also important to place the golf ball in the right place off the tee to gain access to the pins.

“So while long hitters like Rory (McIlroy) will like it but it will also suit the shorter hitters as it will be a very different second shot golf course with some interesting contours once on the greens.

“Overall it’s going to suit the player comfortable playing the ball on the ground and should the wind get up, as it will around the time of the Olympics, then it will have links like characteristics.

“And given also its ‘Sandbelt’ like feel I would think the Aussies in Adam Scott and Jason Day should be right at home and comfortable playing the course.”