Too often when the issue of club pennants is raised the focus turns to the top divisions.

The endless debate as to which club has the newest number of “imports” and which club is likely to be relegated at the end of the season because they have no “gun” players becomes the topic of much discussion. 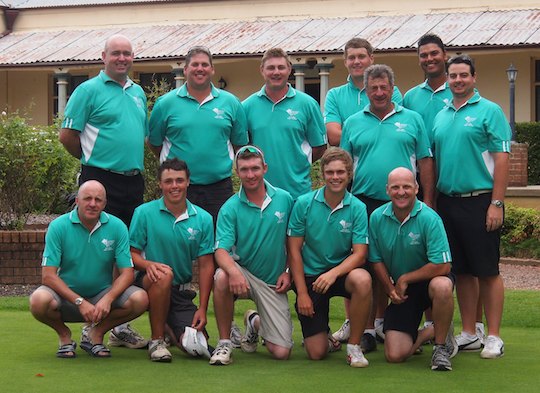 Glenmore Golf Club, located in the heartland of western Sydney, is a classic story of the battlers in the lower pennant divisions “doing good”. It is a success story based on team dedication, spirit and desire to win the bottom Division 5 of the Sydney Major Metropolitan pennant.

It is a journey in every way linked to club golf and the fabric of club spirit and weekend players wanting to go that bit further and claim a prized pennant flag for their club and put the demons of past seasons behind.

After an unsuccessful 2011 season fraught with miss opportunities and disappointment, Glenmore was relegated to Division 5, the lowest division within the Sydney Major pennant.

Against that backdrop Glenmore began to rebuild their pennant side from the ground up. The objective being to more competitive in 2012, and to make it through to the final series to achieve automatic promotion to Division 4. If they were to win the flag, that would be a bonus.

The rebuilding process started as early as October 2011, with a train-on squad invited to take part in fortnightly driving range sessions under the watchful eye of Club Professional, Westley Rudel, a former Glenmore junior.

The camaraderie amongst the squad was evident from the first session. This was a fun group to be around, the players enjoyed each other’s company and shared the same goals – to make something happen for the club.

Memories of the unsuccessful 2011 season had been forgotten and a newfound optimism was shared between the eleven team members.

Glenmore’s first game of the series was an away game against Gordon.

It is always tough to start a season with an away match and success in the home & away format within the Sydney Major pennant is very much dependent upon winning matches away.

Earlier in the week before the scheduled match three of playing group had gone to the Gordon to make course notes for the rest of the group. The course notes would prove to be valuable not only as a guide to get around the course, but also for their light comedy relief thanks to course notes author, Matt Mayers.

The course guides would become a regular fixture for away matches.

Glenmore got off to a great start with a solid away win, beating Gordon five matches to two. At the end of the first match, a “choppers” hat was inaugurated.

An ugly golf visor was to be bestowed upon the player with the worst result, the hat was to be worn in the following weeks matchup. The hat would come to epitomise the team’s spirit and prove a vital motivation for players staring down a loss as no one wanted the hat.

Round two had Glenmore hosting Riverside Oaks. It was important the team maintain momentum and this was done with a strong 6-1 victory. Confidence amongst team members was at a high and with a bye scheduled for the next round, preparations had commenced for Glenmore’s return away match against Riverside Oaks in two week’s time.

A practice round was scheduled at Riverside Oaks for the Sunday before the scheduled match.

What should have been a 40 minute trip from Glenmore to Cattai, ended up taking almost two hours due the localised flooding from the Sydney rains. Attitudes remained calm, the seven team members making the trip knew there was business to attend to.

Once again, course notes were prepared and the Glenmore pennant players were the only people on Riverside that afternoon due to the horrendously wet conditions, reflective of the strong commitment to proper planning and preparation.

One week later, all players made the two hour trip to Riverside Oaks looking to maintain the team’s winning run. A strong 6-1 away win had ensured Glenmore of a place in the finals series and promotion to Division 4.

Glenmore’s last match was at home to Gordon and the team was selected with the finals in mind. Providing all went well, this was the side that would play in the semi-final match.

It was a strong end to the season with a 7-0 victory sealing Glenmore’s ranking as the #1 seeded side for the final series. Glenmore were set to take on Randwick, 2010 Division 5 winners, in the semi-final at Chatswood Golf Club.

With the same meticulous level of planning with practice rounds and course notes, Glenmore were able to walk away 5-2 winners and headed for the first Major Pennant final in the club’s history.

Glenmore’s finals opponent at Kogarah Golf club was to be Bexley, a team which had caused troubles for Glenmore in the past.

Sunday 1st April 2012 was finals day. For the players, caddies and supporters the day started early, at the club by 5:15am to put the gear on the bus and they were on the road by 5:30am.

With everybody on board, new president Greg Blattman, addressed the players, wishing them all the best as they headed off onto what could one of Glenmore’s proudest days.

Arriving at Kogarah Golf club at about 6:30am, the outlook looked positive for a good day for all. Players kept themselves busy, some on the practice range, some went and played a couple of holes, others on the practice greens and some just listening to their iPods. Tension was high – as to be expected with any finals appearance.

Matt Mayers gave the team his final thoughts as to the team’s journey to the finals. Once again, Matt’s comments were inspirational and had the desired effect, firing up the team.

Late into the rounds, the final was in the balance, with both Glenmore and Bexley having strong leads in numerous matches.

Ultimately though the Glenmore team, calling on all the preparation from as far back as October were able to prevail, securing a 6-1 victory.

Glenmore had won the prized pennant flag and advanced to Division 4 for the 2013 season.

But there was to be more to the Glenmore story than winning the club’s first pennant flag. It was the success of individual performances which ultimately had blended into the team’s overall result.

Golf NSW confirmed that at the conclusion of the major pennant season, Glenmore was the only team to remain undefeated out of the 90 plus that started the season.

Moreover, the results of individual matches had Glenmore with a winning percentage of 83% – including playing reserve in pool matches.