Long or belly putters have won four of the past six major championships. So two-time major winner Padraig Harrington decided to get with the strength and last week switched to using a belly putter for the first time.

But wait, there is a catch – Harrington admits they should still be banned. 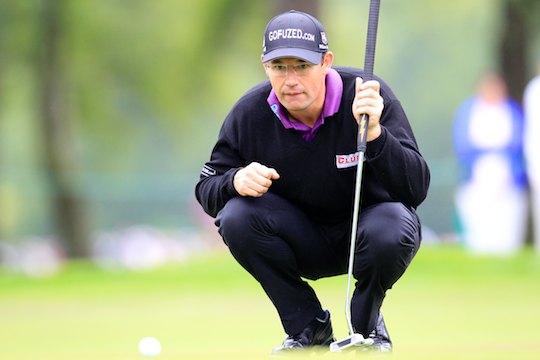 The Irishman, who is also a “working” ambassador for the Royal and Ancient Golf Club, which last November launched a proposal to ban the long putter, simply admit that he’d try anything that might make him hole a few more putts.

“I took it out last week, and mechanically, everything I do with my putting stroke is better with the belly putter than without it,” he said.

“Don’t get me wrong, I don’t support the belly putter,” he said.

“I actually think it’s bad for the game of the golf.

“But if something is going to help me for the next three and a half years, then I’m going to use it.

And while Harrington made the dramatic switch to try and improve his putting at last week’s Wells Fargo Championship on the US PGA Tour, you could argue that experiment failed.

Harrington made just one lone birdie in his opening round of 80.

But he later suggested that he planned to stick with the belly putter – at least for the time being.