19-year-old Endycott finished on 12-under (276) and two shots clear of Queensland’s Charlie Dann, who finished third at the recent Australian Master of the Amateurs in Victoria. 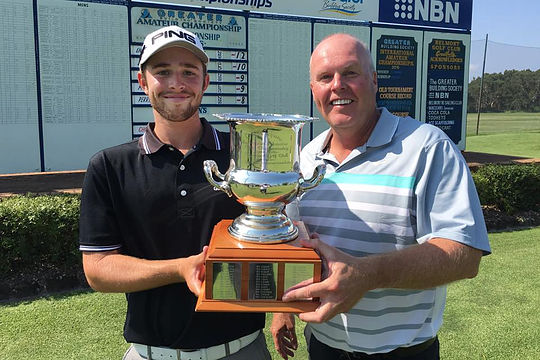 Endycott made his mark early on day four after kicking off the final round with four birdies in his first 10 holes before a double-bogey from an unplayable lie at the par-4 15th brought his brilliant run to an end.

However, to his credit, Endycott regrouped to reel off two further birdies at the 16th and 18th to ensure the title stayed in New South Wales for the first time since 2011.

Recent Victorian Amateur and Argentine Amateur winner, Cameron John, finished in a three-way tie for 5th on 8-under despite bogeying three of his final four holes.

The Women’s Lake Macquarie Amateur Championship was littered with international golfers and it showed in the weekend results with the top five positions on the leaderboard going to South Korean players.