He said he would enjoy his first PGA Tour victory and Tyrrell Hatton revealed ahead of the The Players Championship that he had certainly stuck to his word.

The 28-year-old is known for his love of red wine and made sure he consumed plenty of it at Nona Blue, a local restaurant co-owned by fellow Tour pro, Graeme McDowell. 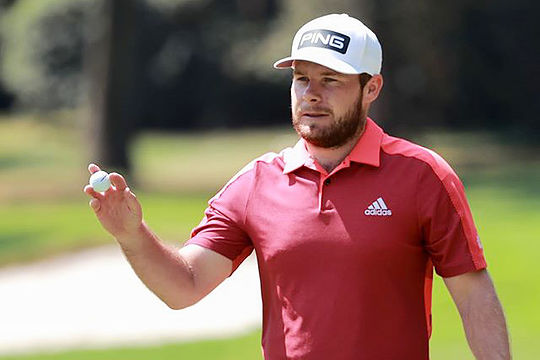 “I’m still quite tired, to be honest. But I was cuddling the toilet by 5:00 in the morning, so it was a good night,” said Hatton, who moved World No. 22 with his breakthrough win at Bay Hill.

“There was a lot of red wine and then unfortunately I think the finisher was the drinking the vodka and tequila out of the bottle, which never kind of ends well. And, yeah, I fell victim of that, definitely.”

Hatton has also felt the love from his peers with hundreds of congratulatory messages flooding his phone during the week.

“I’ve had a lot of messages, which has been really nice. The guys obviously out on TOUR, everyone’s kind of stopped and said congratulations.”

“I’ve still got around a hundred unopened WhatsApp messages. The reception has been incredible…I just really appreciate the amount of people that have kind of messaged me to say well done.”

While Hatton has missed the cut in his past two years at TPC Sawgrass his game as well as his mindset is much-improved and the results are showing on course.

“Last year [at the Players] it was kind of typical me, where I was one shot outside the cut line with five holes to go and I had a blowup, snapped my 3-wood and basically started hitting shots on the run, and I think we missed the cut by five or something like that.”

“[This year] it kind of just goes back to making sure can I kind of control myself, and that’s normally the first step to me having a decent week.”

Hatton is paired in round one with fellow countryman Paul Casey and American Max Homa.