He almost won the Masters but who is Will Zalatoris?

Not many players make an impression on their Masters debut but Will Zalatoris certainly did with his runner-up finish on Sunday, a stroke behind the champion Japan’s Hideki Matsuyama.

Zalatoris, 24, was a late addition to the Masters thanks to breaking into the world top-50 rankings while playing the US PGA Tour on special temporary membership. His result on Sunday was the best out of any player in their debut year since 1982, when Dan Pohl lost in a playoff with Craig Stadler. 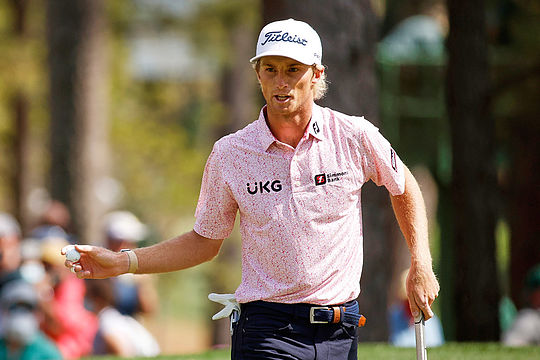 However, Zalatoris’ performance should not come as a surprise.

This season on the Korn Ferry Tour he has played in 14 events and made the cut in 13, not missing a single weekend since early October. He’s finished in the top-5 five times and has recorded 10 the top-25 finishes. In 2020, he won the TPC Colorado Championship on the Korn Ferry Tour for his maiden and only professional victory to date.

The first major he played was the 2016 US Open as an amateur before missing the cut. He was a member of the 2017 US Walker Cup team and in 2018 made the move to the professional ranks. In 2019, Zalatoris qualified for the US Open at Pebble Beach and went onto finish in a share of 6th position.

With his solo second finish at Augusta National, he now stands 27th on the Official World Golf Ranking and in the process attracted considerable attention. This is in stark contrast to the beginning of 2019 when he was ranked 2,006th in the world and considering playing ‘mini tour’ events to get some experience under his belt.

I first watched Zalatoris as an amateur back in 2017, when he competed in the Australian Master of the Amateurs at Royal Melbourne. The conditions for the opening two rounds were tough with strong winds blowing away most of the field.

At the time, Zalatoris was based in Texas and obviously knew how to play in the wind. I will never forget a ‘stinger’ shot he produced with a hybrid into the win on the 17th at Royal Melbourne’s West Course. And just as importantly, his demeanour was impressive, rarely showing any emotion and playing one shot at a time.

As a amateur Zalatoris regularly competed against Jordan Spieth, Scottie Scheffler and Patrick Cantlay. His win at the 2014 US Junior arguably the highlight of his amateur career along with an impressive collegiate career where he won individual honours four times.

The 24-year-old has the shot making ability to become a serious contender in the Majors. He was second to Spieth for the week in greens in regulation with 53 out of 72.

As a non-member of the PGA Tour, though, he is currently ineligible for the FedExCup Playoffs. With a PGA Tour victory, Zalatoris would earn automatic PGA Tour membership, or the other avenue would be a ‘battlefield promotion” with a three win promotion via the Korn Ferry Tour.

If his efforts at the Masters are any indication, we are sure to see more of Zalatoris on the world’s biggest golfing stage. It’s not a matter of ‘if’, but ‘when’.