Hendry breaks through on Japan Tour

New Zealand’s Michael Hendry has captured the Token Homemate Cup, the opening event of the Japan Golf Tour for season 2015, with a scintillating final round 64 on the weekend.

The PGA Tour of Australasia regular started the final round three shots behind leader Hyun-Woo Ryu and moved into contention over the front nine holes before going in to overdrive on the back nine. 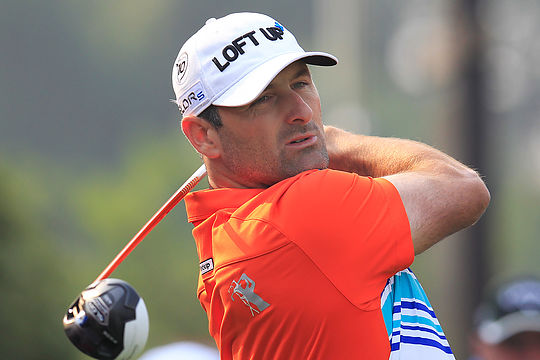 Hendry posted five birdies in a sizzling 31 on the back nine for a 15-under par total, one clear of Kazuhiro Yamashita of Japan with overnight leader Ryu a shot further back in third place.

The win is the most significant by a New Zealand male in years on any of the major world tours and was the 34-year-old Aucklander’s first on the Japan Tour, beating his previous best which was a tie for 3rd at the Tsuruya Open last year.

“One of the main reasons you play is to earn a living so this obviously helps a lot,” Hendy said, after pocketing almost $280,000. “It’s the perfect start to the season.”

“I’m guaranteed a spot on this Tour through till the end of 2017 now, so having that security is great.”

“Regaining the No. 1 ranking in New Zealand is also a big goal of mine so this will help too. Obviously, if you can get to No.1, then things like the (2016) Olympics come into play.”

Brad Kennedy was best of the large Australian contingent, finishing tied for 19th ahead of Kurt Barnes (T32) and Won Joon Lee (T38).

Scott Strange (72nd) was the only other Aussie to make the cut while Adam Bland, Brendan Jones, Matthew Guyatt, Matthew Griffin and Steve Conran had the weekend off.

The Japan Golf Tour takes a week’s break ahead of The Crowns tournament while Hendry will be among 20 PGA Tour of Australasian players who will be in action at the Volvo China Open in Shanghai this week, an event co-sanctioned between the European Tour and OneAsia.