Herbert fired rounds of 73-73-65-74 to finish at 1-over to be seven shots from the eventual winner, England’s Marco Penge, who finished at 6-under. 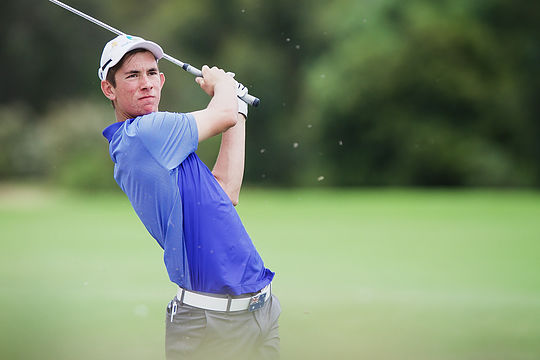 Herbert, the top world-ranked player in the field at No. 20, had catapulted himself into contention after a new course record bogey-free 65 in the third round around the Old Course, which was first laid out by Old Tom Morris in 1889.

Scotland’s Graeme Robertson, a member in the UK provisional Walker Cup squad ahead of September’s clash with the US at Royal Lytham, finished as runner-up on 5-under after a brave bid, with another Walker Cup squad man, Ireland’s Cormac Sharvin, taking third spot a stroke further back.

Anthony Murdaca was the next best Aussie in a tie for 23rd position at 5-over with rounds of 70-73-73-73 with Ben Eccles and DJ Loypur a shot behind in a tie for 26th position – the only Australians to make the 4-over-par cut after 36 holes.

With the exception of Gale, it was primarily a Victorian state presence at our first main international hit-out for the season which sees a number of Aussies playing in the UK over the next few weeks at the St Andrews Links Trophy starting June 4 and culminating for those who have qualified or being exempted through world ranking at the British Amateur Championship commencing June 13 at Carnoustie in Scotland.