Australia’s European Tour star Lucas Herbert will miss the Australian Open this year as he strives to secure his future on the other side of the world…and he’s not that happy about it either.

Herbert has banked more than $1.2m this year, playing golf in 15 countries and playing 17 events, including two major championships. 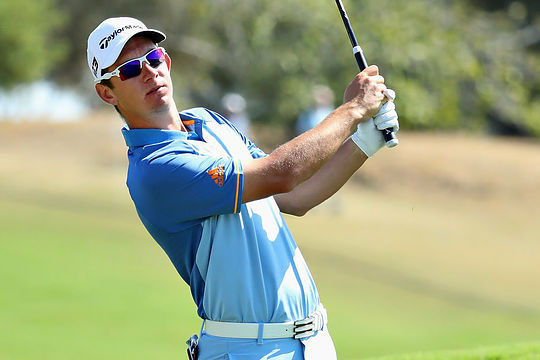 Yet the 22-year-old knows he is on the cusp of establishing himself on the world’s second-biggest golf tour, Europe, and for that reason will be forced to miss the Australian Open at The Lakes to focus on their rich season-ending event in Dubai.

“I would love to come home and play it and I will in years to come.”

“But an event like Dubai, this early in my career, is a good chance to gain some financial security as well as give myself a really good chance to get to that top-50 in the world.”

“I just hope everyone understands my decision to play in Dubai and don’t think it is a pattern of years to come.”

Herbert showed he was serious about that when he played last weekend’s $100,000 Eynesbury Masters on the Ladbrokes Pro-Am Series in his home state of Victoria.

Herbert finished tied for 24th after rounds of 70-70-77 as Damien Jordan prevailed, eight shots ahead of him.

And Herbert had no qualms about supporting the local event.

“With missing the Australian Open I felt like I want to give back in some other way,” he said.

“Playing Eynesbury seems like a good idea to be able to do that and hopefully having me play helped promote the Ladbrokes Pro-Am Series.”