The 117th staging of the British Amateur Championship tees-off this week at Royal Troon and Glasgow – Gailes Links in Scotland with 288 competitors from 32 countries striving to collect one of the most prized amateur golf championships in the world.

Leading the field and world ranked 6,7 and 8 respectively are Australia’s Jake Higginbottom, USA’s Corbin Mills and The Netherland’s Daan Huizing, the runaway winner at the recent St Andrews Links Trophy. 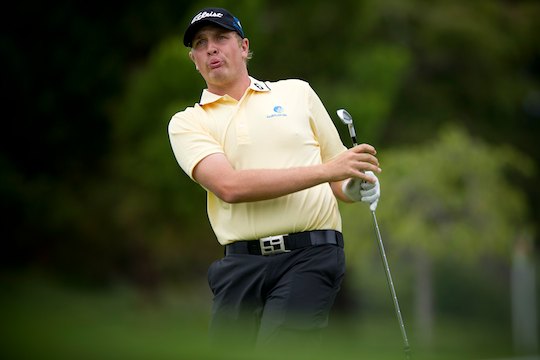 “The preparation has been good, we have been practicing at Turnberry for this week and we will have a practice round at both courses Saturday and Sunday,” said Higginbottom, our highest ranked player competing.

“The courses are pure and Troon will be a challenge especially on the back nine. I’m confident with my game and have been working hard with the boys getting use to the links style golf. Everyone is pretty pumped about the week ahead”

Nathan Holman, winner of the 2012 Master of the Amateurs, agrees with Higginbottom’s assessment with the championship layouts.

“To shoot a score around Troon we will need to be taking all opportunities on the front nine and trying to hold onto our score as we come home,” said Holman.

“Glasgow Gailes is running firm and fast and looks to be the easier of the two courses, yet nothing will be easy at this Amateur.”

Holman and Higginbottom are part of the 14 strong Australian field competing at this year’s British Amateur.

Jordan Zunic is coming off an impressive UK tour having made the cut in his two lead up events to the Amateur, including a top-10 finish at the St Andrews Links.

This is Zunic’s first UK tour and his recent fine run has seen his world ranking climbing sixty-seven places to have him inside the world’s top-250.

The stroke play stage of the Amateur Championship is played over the first two days of competition at both courses before the field is cut to 64 and ties.

The match play format finds the Champion over the final four days at Royal Troon with the 36-hole final taking place on Saturday.

Awaiting the British Amateur champion are exemptions into this year’s Open Championship at Royal Lytham & St Annes, next year’s US Open and, traditionally, an invitation to the 2013 Masters Tournament provided they remain an amateur.

Macpherson’s victory broke a 57 year Australian winning drought at the championship and he became only the second Australian to win the Amateur Championship after Doug Bachli in 1954.