Higgo finished at 19-under-par courteous of a stunning bogey-free seven under par final round of 65 in a four round total that saw him dropping just three shots in the tournament. 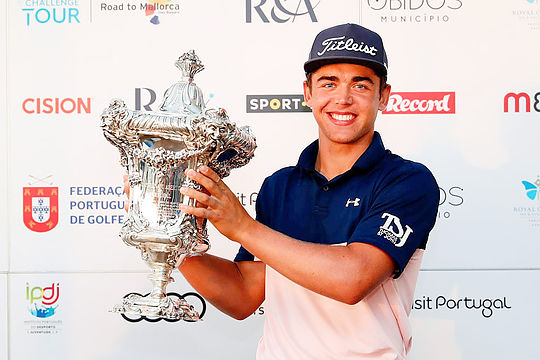 Higgo, whose victory comes in just his seventh Tour start, admitted that the feeling had not yet sunk in following his win.

“It feels awesome,” said the 21-year-old. “I thought it was going to be a little bit easier over the last three holes but he [Pep Angles] made it a bit tough. That birdie on the last was really, really nice. I just really enjoyed it and I just made sure I had fun out there.”

Higgo spent two years at the University of Nevada-Las Vegas in 2017 and 2018 before turning professional in early 2019. He reached the semi-finals of the 2017 US Amateur and qualified for the International Team in the inaugural Junior Presidents Cup.

What’s In The Bag: Garrick Higgo

He won twice in his first full season as a professional on the Sunshine Tour, at the Sun City Challenge and the season-ending Tour Championship. He also recorded a runner up finish in the Challenge Tour co-sanctioned Cape Town Open during the 2019–20 season, and finished 6th on the Order of Merit.

Last year’s Sunshine Tour rookie of the year will now receive additional European Tour playing rights after winning in Portugal, an event which was dual-ranked with the European Challenge Tour.

“It does give me a lot of confidence. It was a bit of a big hit with COVID meaning there isn’t any promotion from the Challenge Tour this year, so obviously one of the dual-ranked events is ideal to win because you can get straight on to the European Tour. It’s an awesome feeling to get it done.”

Maverick Antcliff finished the best of the Australians in a share of 9th position at 12-under, seven strokes from the leader. Wade Ormsby, the only remaining Aussie in the tournament, missed the cut.

Lucas Herbert, who played in the US Open this week finishing the highest of the Aussies with a share of 31st position, is currently the highest ranked Australian in the European Tour’s Race to Dubai, moving one ranking position to 8th place.

The European Tour now heads back to the UK for the second ‘UK Swing’ of the season, with the Dubai Duty Free Irish Open getting underway at Galgorm Castle on Thursday and marking the first of four consecutive events.