New Zealander Tyler Hodge fired a second round 68 to be at 7-under-par for a five stroke lead heading into the final day of the Australian Boys’ Amateur at Bribie Island Golf Club in Queensland.

Queensland’s Viraat Badhwar is at 2-under-par after the overnight leader slipped to a 74 in his second round after opening with a 68. 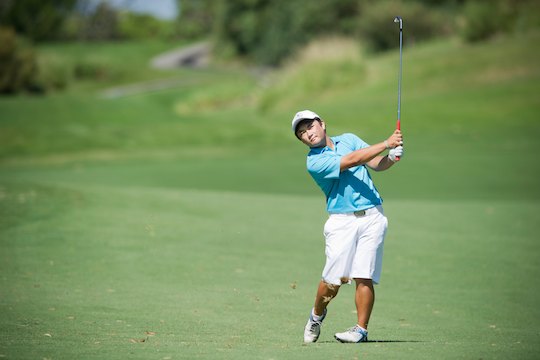 Kato, winner of the Tasmanian Open, clawed his way back into contention with a second round 71 after opening with an even par 72.

At 17 years of age this will be Kato’s last Australian Junior amateur before playing the main amateur ranks and the Cammeray-based golfer wants nothing more than to add the national junior title to his list of victories that include the Harvey Norman Junior and the Srixon International Junior.

Anthony Murdaca, one of the championship favourites, has struggled with rounds of 71-77 to be in a tie for 13th and eleven from the leader.

Stolz is currently in a tie for 7th at 3-over-par, with Teremoana Beaucousin, Jarryd Felton, Dale Williamson, Min Ju Kim and Ben Eccles.