Daniel Hoeve took a four stroke lead into the final round of the Golf SA Amateur Classic at Glenelg Golf Club in Adelaide and needed to draw upon all the experience to secure his maiden Australasian amateur title win.

Locked at 2-under-par with Nathan Holman and Aaron Wilkin heading down the 18th, Hoeve produced a sensational win with a birdie on the last to secure a one stroke victory.

“That was tight and my ball striking finally got me over the line,” said Hoeve.

“I had a slow start out there, but was able to hang in there and on the back nine play some solid golf to get the win. Overall, this is a very satisfying win for me against a strong field.”

Hoeve entered Sunday’s final round looking all the part to collect his first main amateur title.

Yet when Nathan Holman blasted the opening 290 metre par 4 to land on the green for one to secure his birdie after Wilkin holed his, the stage was then set for a tight final after Hoeve bogeyed the first three holes to open the gate for his contenders.

“It was not the start I was after,” said Hoeve. 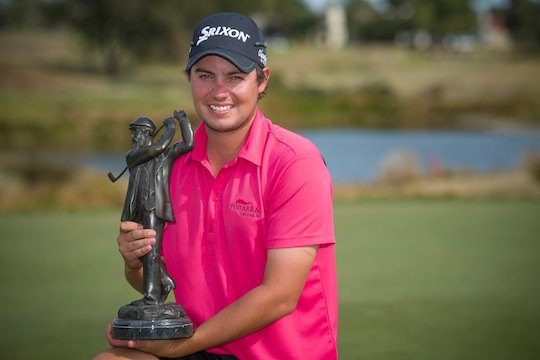 “But I knew there were birdies to be had on the back nine and I just hung in there. I kept playing solid golf and that was enough to get the job done.”

This was a tournament that could have fallen either way despite the commanding lead Hoeve took into the final day.

On the 18th after flying the green Holman almost holed out to force a play-off, yet his attempt with a long running chip agonising slipped pass the hole and with that his championship chances. 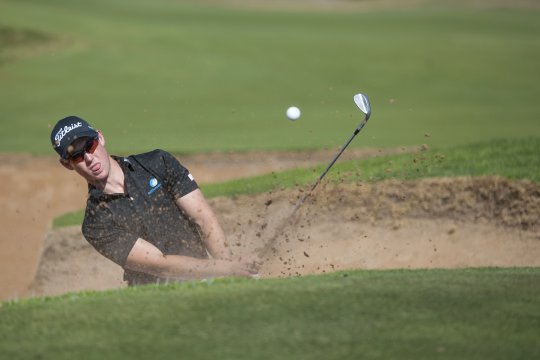 Nathan Holman escapes the green side bunker on the 5th during the final round of the Golf SA Amateur Classic at Glenelg Golf Club in Adelaide (Photo: Anthony Powter)

Wilkin on the 18th had his chance with a 6 footer to force a play-off also, yet his putt went agonising past the cup on the upper side.

Full credit to Hoeve who fired rounds of 68-71-70-72 to finish at 3-under-par and in the process collect his first main amateur title.

It was a well earned victory after a torrid day in the office and being placed under enormous pressure by Holman and Wilkin.

“This is important to me,” said Hoeve following the victory.

“I needed to keep my ranking inside the World’s top-50 heading into the US and this win got me there.”

Hoeve was slow out of the blocks and both Holman and Wilkin to their credit took advantage of the situation.

The contenders were both impressive and tenacious in pursuit of this title.

Holman was all class, aggressive when needed – yet conservative and respective for this superb Glenelg layout which demanded respect. We will hear more of him moving forward as a professional career surely beckons.

Wilkin to his credit displayed gritty golf that will serve him well in future times.

If you are going to win a tournament then you do it with a birdie on the last and that’s exactly what Hoeve did.

Hoeve is a worthy champion who withstood the pressures during a tight final round and in the process collected the Golf SA Classic title.