Nathan Holman will need a low third round to catch leader, Richy Werenski, after the American fired a second round 62 to be a 12-under-par and four strokes from his nearest rivals at The Porter Cup in Lewiston, New York. 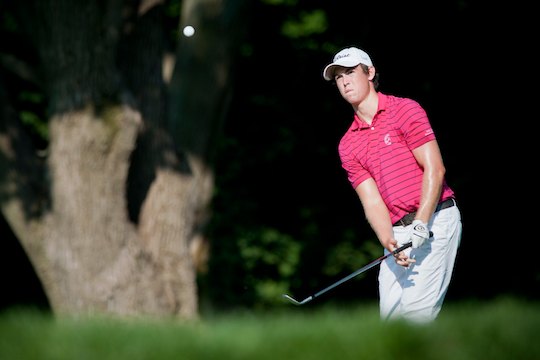 Matt Stieger is the next best Australia at 4-under-par and in a tie for 12th position after rounds of 67-69.

Cameron Smith rebounded nicely with a second round 67 after opening with a 71 to be at 2-under-par for the tournament in 22nd position.

Brett Drewitt, Todd Sinnott and Oliver Goss are all at 1-under-par, with Ryan McCarthy even with the card.

Geoff Drakeford opened with rounds of 72-70 to be at 2-over-par, while Rory Burke sits at 3-over and Jake Higginbottom at 4-over.