J.B. Holmes was the last man standing at Riviera on Sunday, after gusting winds and cold conditions saw player after player slip down the leaderboard, including Aussie Adam Scott and American Justin Thomas.

Holmes was four back of Thomas at the start of the fourth round, but with a 70 compiled in difficult conditions, he claimed a one-shot triumph on 14-under as Thomas struggled to a 75. Scott, the other player in the final group fired a 76 dropping five places to a share of 7th position.

Many players struggled with winds gusting up to 50 km/h but Holmes, who drives the ball low, handled the weather very well to claim his first win on the PGA Tour since 2015.

However, his victory was notable for other reasons, the time it took him to play the round.

“Yeah, it was great being able to go out and play with him and battle it out. I knew it was going to be very difficult to shoot a low score so I needed some help from Justin,” said Holmes, 36. 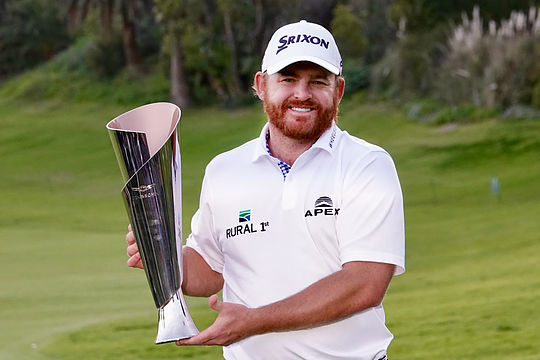 Holmes’ style is very slow and deliberate and with the final pairing playing 33 holes on the last day it was particularly noticeable.

He was justifiably criticised for the absurd time he took over his shots and brings the issue of slow play to the forefront of world golf news yet again.

What’s even more astonishing is that he was not even put on the clock during what ended up being an excruciating final round to watch.

Holmes’ last victory was the 2015 Shell Houston Open and Sunday’s win is the fifth on the PGA Tour for the 36-year-old, and qualifies him for this week’s WGC Mexico Championship.

Thomas would have taken minimum satisfaction in claiming outright second, with South Korea’s Si Woo Kim in third at 12-under, followed by Aussie Marc Leishman and Rory McIlroy in a tie for 4th at 11-under.

Yet Thomas wasn’t the only one who struggled on greens as Scott was right in the hunt for his 14th PGA Tour victory until he missed six consecutive putts from under 2 metres that dropped him out of contention quickly.

“You’re going to miss a few out there,” said Scott. “We saw some four-putts and three-putts, but you can’t miss every one for six straight holes. If you look at J.B., why he won, he holed unbelievable putts and I didn’t today.”

Former World No.1 Jordan Spieth was another to feel the effects of the conditions. His final round included a birdie, par, bogey, double bogey, triple bogey and quadruple bogey, the latter on the 10th hole when he hit four shots out of bunkers.

Spieth finished with an 81, his second-highest score as a professional.

Aaron Baddeley and Cameron Smith shared 49th place on even-par to round out the Aussies making the cut. Cameron Davis, John Senden, Curtis Luck and Rod Pampling all missed the weekend.