There’s enough history there to make it the envy of most golf clubs in the world and the world’s best players have always relished playing there.

Yet the future of Hong Kong’s famous Fanling golf course after Sunday’s close of play at the Hong Kong Open looks cloudy as the end of their current lease approaches expiration date…and prospective developers begin queuing up at their gates. 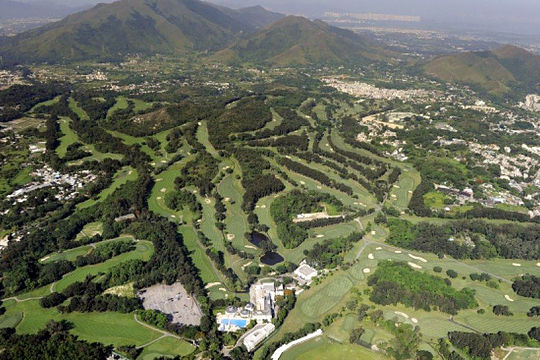 Greg Norman, Rory McIlroy, Justin Rose and the late Peter Thomson are among those who have etched their names on golf trophies at Fanling.

And Spanish star Sergio Garcia maintains the players love going to Fanling because “you have to think your way around it”.

“It’s going to test you, and those are the courses that we love,” said Garcia referring to Fanling’s short fairways, small greens and dog legs that have won so many fans.

Yet land is at an absolute premium in Hong Kong and the land value of Fanling may yet put their future in doubt when the lease runs out in two years’ time.

While Fanling remains a relic of British colonialism, it is just inside the border with mainland China.

And with Hong Kong crying out for more land for residential requirements, this would become some of the world’s most expensive real estate.

“We live and breathe golf so, for us, Hong Kong loses part of its identity by losing the golf course,” said Fleetwood on the eve of last weekend’s Hong Kong Open.

“It would be very, very sad if that happened.”

The Hong Kong Golf Club, formed in 1889 as the Royal Hong Kong Golf club, is one of the oldest golfing societies outside of Great Britain, and paid a one-off premium to lease the land at Fanling.

It has been reported that it also pays a token HK$1 a year on top of that, although the government has reportedly refused to confirm this.

And corporate membership reportedly runs into the hundreds of millions of Hong Kong dollars.