Hopes fade for US team boost at Australian Open

In twelve months time, the 2019 Presidents Cup will be staged in the week following the Woods hosted Hero World Challenge. 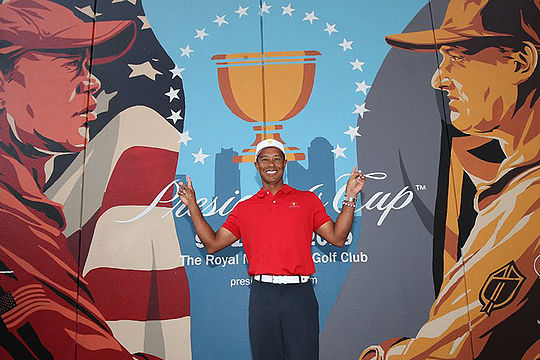 We saw last week the logistical problems in getting from Nassau in the Bahamas when Woods used his own private jet to fly immediately after handing the trophy to Spain’s Jon Rahm to Los Angeles Airport so that he could connect with an 11pm Sunday night local time departing Qantas flight to Melbourne.

Woods, along with his girlfriend and management team, and having crossed the International dateline in heading ‘Down Under’, did not arrive to 10am Tuesday morning thus completely missing Monday.

It is for this very reason next year that Woods has already been in talks with the PGA Tour and sponsors Hero for the 2019 Hero World Challenge to end on a Saturday rather than Sunday.

Woods indicated a Saturday finish in 2019 to the $3m event will mean that all USA Presidents Cup team members can meet in LA on a Saturday night and board as a team to arrive in Melbourne on the Monday, and thus providing three days of official practice.

Woods was quizzed in Melbourne this week if he would hope his compatriots would play in the Australian Open or the Hero World Challenge.

“Well, I hope they play at the Hero World Challenge. That’s an obvious one,” said Woods.

“But we’ll see what happens. We have to figure out some logistical things between now and then. That’s one of the reasons why I’m here, to try and figure that out.”

“We’ve got a few meetings here scheduled later today, to try and get a better plan going forward so that we can get the best field we can at the Hero, as well as getting everyone here from the Bahamas to this tournament, get them rested, getting them prepared and getting them ready to play and compete.”

When the Presidents Cup was last played at Royal Melbourne in 2011, the Australian Open was also played the week before in Sydney and it attracted a dream field but then it was not clashing with Tiger’s tournament.

While International captain Ernie Els says he wants his team to be playing at the Australian Open, Woods is certain to attract his US players to the Bahamas.

And with so much on offer in the Bahamas to benefit his own TGR Foudation why shouldn’t he?