Horschel secured a second FedEx Play-Off Series event in succession with a final round 68 to win by three shots on the East Lake course in suburban Atlanta. 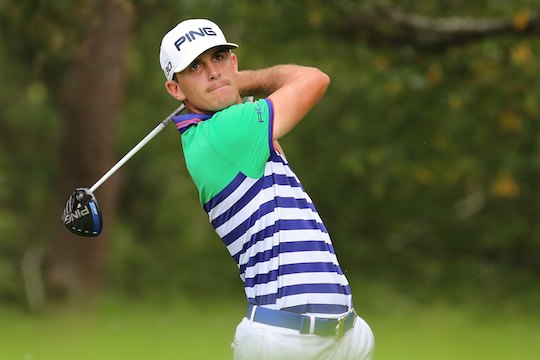 After missing cut in the opening event, the Barclays Championship in New Jersey, Horschel has banked close to $13m over the past three weeks with his ‘no frills’ display.

Horschel can thank new England-born coach Mark Horton who he began working with this season and who also coaches Brandt Snedeker. In fact, Horton actually caddied for Ian Poulter in the 2011 Open Championship.

McIlroy, who played the closing two rounds alongside Horschel, went into the final day tied at nine under par alongside his American rival and for all intents and purposes was a red hot favourite to capture his first FedEx Cup.

However the four-time Major winner stalled from the outset with the writing clearly on the wall when McIlroy doubled the par three sixth hole in finding water guarding the green, and also bogeyed the ninth.

In contrast, Horschel went four ahead of his 25-year old Northern Ireland born rival with birdies at four and five.

Horschel dropped his only shot of the round at the 10th and continued to stay clear of McIlroy with a 15th hole birdie.

However McIlroy showed his class in allowing Horschel to go ahead and walk up the final hole and soak up the accolades he so richly deserved.

McIlroy said: “I was making bad golf swings at the wrong time out there and getting punished for them and that was just killing any momentum.”

“In the end it was a little too late when I birdied three in a row near the end and finish as best as I could.”

“But on a positive side it has been an incredible year winning two more Major Championships and my first WGC title, and to give it a really good run in these FedEx Cup Play-Off events makes me really proud.”

“So they’ve been good performances at this late stage of the season when we are all a little tired.”

“Naturally, I am really proud in the manner in which I have been able to hang in there these last four weeks and when I look back on this year, it’s been easily my best year so I can’t really complain.”

But while McIlroy ends the 2013/14 PGA Tour season a runner-up for the second time in his career, he still has the opportunity to capture a second Race to Dubai title in three years.

Though foremost in his mind will be a well-earned week’s break ahead of teeing-up at Gleneagles and his third straight Ryder Cup appearance.

“I am really excited now about the Ryder Cup. I am excited more about taking a few days off to be honest and then I will gear back up for the Ryder Cup in a few days time.”

“But right now I just want to have a rest and not see my golf clubs for a few days but then to be itching to get back out on the range again at the end of next week.”